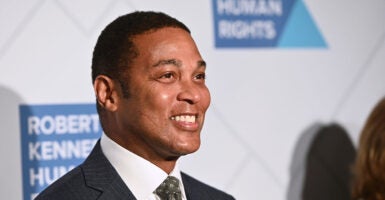 Recently, 8-year-old Secoriea Turner died at the hand of an unknown gunman in Atlanta. A car she was in with her mother and two other men went past a barricade set up by Black Lives Matter protesters, near the site of the police killing of Rayshard Brooks. Two people in the crowd of protesters opened fire on the car.

“They killed my baby because she crossed a barrier and made a U-turn?” Secoriea’s anguished father said. “Black Lives Matter? You killing your own. You killed an 8-year-old child. She ain’t did nothing to no one of y’all. She just wanted to get home to see her cousin. That’s all she wanted to do.”

Secoriea was just 1 of 6 children ranging in age from 6 to 14 who died in shootings recently. But those tragedies went far beyond the deaths of children.

In Chicago, 75 people were shot and 15 died. Of course, Chicago has been known in recent years to have a severe problem with violence. Over several recent weekends, the number of shootings in the Windy City has topped 100.

But the problems of deadly violence are spreading—New York City, America’s poster child for urban renewal, put up numbers to rival Chicago’s: 64 shootings and 10 dead. A man was shot and killed in broad daylight in the Bronx, crossing the street while holding hands with his 9-year-old daughter. (There’s even harrowing video footage of the incident.)

In the 25 largest metro areas across the country, homicides are up an alarming 16% this year.

To put those numbers in comparison, American police killed nine unarmed black people all of last year. That may be nine too many, but the threat of being killed by cops pales in comparison to black people being the victims of crime.

The media do a fine job covering the grisly details of these shootings—see this CNN story on the children killed over the July Fourth weekend or The New York Times coverage of the city’s recent gun violence—but that’s not nearly enough.

The media have a couple of clear obligations: One, demand political accountability for the increase in deaths. Two, explore and report on meaningful solutions that could prevent more violence.

On the first point, venerable tabloid the New York Post came out swinging with a cover taking New York City Mayor Bill de Blasio to task for the alarming increase in violence on his watch. The Post, however, is largely out of step with more liberal publications.

The senior editor of The Daily Beast mocked the Post for its cover because even though murders in New York are up substantially, they’re still far below the murder rates 30 years ago. That’s a pretty low bar for de Blasio, and a pretty blasé attitude about murder.

“It’s sort of striking how little actual reforming of policing has happened during this great reckoning,” Vox editor Matt Yglesias recently observed. “Between Ferguson and Floyd we had a bunch of great journalism on the subjects of how difficult it is to fire officers for misconduct, how often fired officers get reinstated, and how often non-reinstated officers bounce to new departments. Very little post-Floyd change on this.”

This particular issue highlights how the liberal monoculture in newsrooms makes it hard to address this problem clearly. Many big newsrooms are also unionized, and their coverage is reflexively pro-union—and as such, police reform opens a can of worms for liberal reporters.

If we have to confront the fact that police unions are keeping bad cops on the streets, well, imagine the outrage from some corners once we start seeing honest reporting about who teacher unions are protecting.

In spite of being conflicted, the national media have still done some good reporting and soul-searching on police reform, but such journalism has been few and far between.

Now it seems as if the media are suddenly trying to make up for their lack of effort by embracing radical—and radically inchoate—left-wing solutions such as “Yes, We Mean Literally Abolish the Police.” It’s an open question whether outlets such as The New York Times are responsibly weighing the police’s necessary role in fighting crime against the need for reform.

The reticence of left-leaning media to highlight the widespread law-and-order failures of the Democratic politicians who dominate urban areas is also palpable, even though that reluctance is endangering black lives.

Secoriea died after the car she was in went past an illegal roadblock set up by protesters who have essentially been given free rein by the mayor of Atlanta. After Seattle Mayor Jenny Durkan ordered police to abandon their precinct in Seattle so protesters could set up an “autonomous zone,” the lawlessness resulted in the killing of two black teenagers and the wounding of two other men.

It’s not just that many in the media are unconcerned about this crime—they’re in denial. Last week, CNN prime-time anchors Don Lemon and Chris Cuomo blamed right-wing media for concern about rising crime.

“Whenever Trump’s poll numbers go south, they kick in with … ‘Democratic cities in chaos!’” Lemon said. Cuomo interjected with mock concern, “Crime is rising as they defund police.” However, after billions of dollars in riot damage and a frightful increase in homicides, denying that Democratic cities are in chaos is, well, fake news.

If the media really wanted to hold President Donald Trump accountable, they would note that in his acceptance speech at the 2016 GOP convention, he promised “the crime and violence that today afflicts our nation will soon, and I mean very soon, come to an end.”

Unfortunately, the media have also been so busy running interference for urban Democrats they don’t have much standing to criticize Trump, who has at least emphasized the importance of law and order, even if he’s failed to achieve it.

When Durkan compared armed warlords patrolling her city’s streets to the “summer of love,” the media eagerly leapt to her defense. Looking back at his Twitter spats with the Seattle mayor and Washington Gov. Jay Inslee last month, Trump was clearly the more prescient and responsible politician, as hard as that may be to admit.

But whether it’s done by the media or by Trump, looking at law and order issues through the prism of partisan politics or national elections isn’t helpful.

Unfortunately, the economic collapse of local journalism in recent decades means that right now, as cops and ambulances speed into black communities, there’s often no one standing on the curb with a pen and pad to tell us what really happened without the distorting lens of national media.

Instead, we have a news industry confined to cubicle pens in Washington, D.C., and New York that, when they aren’t dashing off jeremiads about Trump, are self-obsessed with abstract concerns about systemic racism in their own privileged workplaces.

What’s missing is deep and richly detailed local reporting on crime, policing, and racial injustice—reporting that, in addition to telling us what’s gone wrong, celebrates the small victories and unknown heroes that bring communities together and point the way forward.

Until we have more shoe-leather reporting and less naval-gazing in the media, black lives won’t matter as much as they should.