Woke, Broke, or Worthy: How to Pick a College 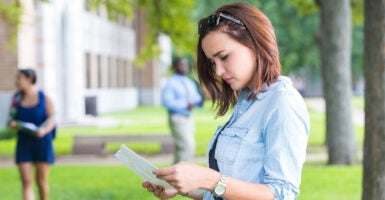 Because of the coronavirus shutdown and the shift this fall to online-only or online-mostly instruction, college-bound students and parents should be prepared to stand back and assess a rapidly changing situation. (Photo: SDI Productions/Getty Images) 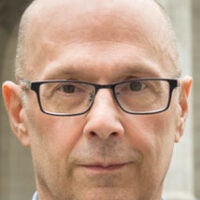 Peter Wood, Ph.D., is president of the National Association of Scholars.

For a good many years, parents who are trying to steer their sons and daughters to the right college have asked my advice. Lately, the number of such requests has increased, and so has the intensity of the parents’ concern.

These parents understandably believe that because I lead a national organization that fights against the progressive stranglehold on American higher education, I might be able to list the schools that are exceptions.

In fact, there are exceptions, and I’ve been working with my staff at the National Association of Scholars to draft a list. But it has taken us a year so far, and we still don’t have anything I’m ready to publish. Here’s why:

Some colleges are well known as staunchly committed to the traditional academic standards. No one needs our list for that. But students and parents have a harder time evaluating the larger category of colleges and universities that have a few professors or a small program that might be described as classical, traditional, or conservative.

Such programs are typically islands surrounded by a sea of “progressive” social justice programs; politically correct faculty, administrators, and campus activists; and a campus culture saturated with leftist orthodoxy.

>>> This College Student Wouldn’t Bow to Trans Ideology at Berkeley. Here’s What Happened:

So our job at the National Association of Scholars became to figure out how well the classical, traditional, or conservative programs thrive in such a hostile environment. Are they struggling just to survive? Or have they managed to secure a stable niche?

We have a lot of other questions, too, including questions about speech codes, overall academic rigor, and the special strengths of colleges. Reputation is a low priority for us because colleges and universities are very good at manipulating public perception.

How does anyone cut through the fog? U.S. News and World Report rankings and other such instruments actually are part of the fog. They don’t measure or evaluate the things that matter to the people who ask me for advice.

I’m also reluctant to advise parents about their particular son or daughter because so much depends on the individual—his or her talents, interests, faith, fortitude, character, and ambitions—that the advice of a stranger is of slim value.

But I have generic advice. Here are some do’s and don’ts.

Do take a look at the last five or six commencement speakers.

That will tell you more about what the college really values than any website or college brochure.

If you aren’t familiar with the commencement speaker’s name, Google it. Has the college chosen a single speaker who could be described as conservative or who commands the respect of conservatives? How many of the speakers are left-wing activists? How many are mere celebrities who were picked to flatter the vanity of the crowd?

If you want to go deeper, look also at the lists of individuals who were awarded honorary degrees at commencement.

Do read a few of the public statements made by the president or chancellor of the college or university.

Did this person, for example, issue a statement after the George Floyd riots announcing the college’s deep complicity with systemic racism and a new determination to become “anti-racist”? Such a statement is not mere showmanship. It will have real consequences in how the college deploys its resources and sets a tone of racial hysteria for the next few years.

College presidents issue statements several times a year. They often are formulaic and filled with platitudes meant to reassure whatever audience they address. But read them carefully and you will get a pretty good picture of where the college is going.

If every declaration in favor of free speech is balanced with some version of “but not hate speech,” or “we must provide safe spaces for our vulnerable students,” watch out.

Do ask about the college’s “commitment to diversity.”

If you can talk to an admissions officer or other college representative without letting on to your own views, you may well discover some disquieting facts.

It may be fine that a college boasts of its success in admitting a growing percentage of minority students. But watch out for words such as “equity” and “inclusion,” which could signal that admissions standards, curriculum, and even disciplinary rules vary depending on race and ethnicity.

Do ask about the Title IX office.

Every college now has one, per the 2011 regulations issued by the Office for Civil Rights in the Obama administration’s Department of Education.

Title IX offices are the enforcement arm of radical feminism. Their purposes include treating instances of alleged sexual assault as a form of harassment, and the standards for what counts as “sexual assault” are extraordinarily lax. The Senate confirmation hearings for Brett Kavanaugh gave a national showcase to what is now routine on campus: Mere accusation is enough to result in a male student being condemned.

Female students often are urged against their better judgment to see themselves as victims. Title IX officers are supposed to “believe the women.” In practice, they tend to presume guilt and ride roughshod over due process.

The key question for any particular college is not whether it has a Title IX office, but how powerful that office is. On some campuses, it is run by aggressive ideologues. Find out if the college has been sued by former students who have gone to court after being railroaded out of the college. More than 500 such suits have been filed so far, and many have been successful.

The question most likely to open up the topic with the college representative is: “How safe are women on your campus?” The leftist orthodoxy is that college is part of the “rape culture,” and that 1 in 4 or 1 in 5 women will be sexually assaulted. But the college also will insist that it takes every possible step to protect women. You can learn a lot by how the college tries to have it both ways.

Education Secretary Betsy DeVos has been trying to rein in the abuses of these offices, but many colleges and universities are resisting.

So much for do’s. Here are some don’ts.

Don’t assume that a Christian college or a religious college is conservative.

Most are not. Colleges identified with a religious faith, such as Catholic, Protestant, or Jewish, are more likely to speak the language of traditional values and standards. But that’s no guarantee that they haven’t made a hefty investment in leftist social justice ideology.

Don’t assume your son or daughter will be immune from the campus culture or won’t be interested in student activism.

Some students may not be, but the activists will be interested in them. Remember that peer influence is among the most important aspects of a college education, and college-age young people are almost always more deeply shaped by the ideas and opinions of fellow students than by their professors.

If students enter a community riven by racial resentment, led by charismatic revolutionaries, or consumed by feelings of vulnerability and guilt, that experience will inform the rest of their lives.

Even if they are not drawn into such activism, students will spend considerable time and effort talking with students who are—and having to explain, defensively, why they are not joining the Black Lives Matter protest or helping to shout down a conservative speaker.

Resisting the culture of political correctness is a full-time job and a diversion from real education. Students live in fear of “cancel culture” and know they are always in danger of social media ostracism.

Don’t assume that political correctness stops at the door of the business school or the engineering department.

Whatever questions you have about the college as a whole should be asked of the particular parts of the college you are most interested in.

Be Prepared to Take a Break

Lastly, because of the coronavirus shutdown and the shift this fall to online-only or online-mostly instruction, be prepared to stand back and assess a rapidly changing situation.

Many small colleges probably will close in the next year or two. You don’t want to be caught dealing with that complication.

Opportunities to get a good start in life may migrate away from higher education. New opportunities for conservative, traditional, and classical learning are starting to emerge.

This is a good time for would-be college students to take a break, and to wait and see what happens.