How Leftists’ Critical Race Theory Poisons Our Discussion of Racism 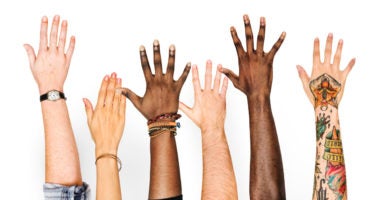 Critical race theory does not seek equality or justice. Instead, it categorizes people. One’s gender, race, or sexual orientation posits you as the oppressed or an oppressor—a status from which you are freed only when all existing societal structures, which are inherently racist, are overthrown. (Photo: Rawpixel/Getty Images)

Eleanor Krasne is the manager for public programs at The Heritage Foundation.

Until three weeks ago, my Instagram feed was filled with cooking photos, quarantine home projects, and the occasional funny meme.

But shortly after George Floyd’s horrifying May 25 killing, my Instagram feed changed course and was filled with commentary on police brutality and race relations.

I decided to respond to one of those posts by a friend and former colleague. She’s a bright, hardworking, and thoughtful woman, and from what I know, relatively apolitical.

When she posted a series of images—what Instagram calls a “story”—that mentioned “systemic racism,” “white privilege,” and a list of required reading that included the writings of Malcolm X, I messaged her directly asking if she was familiar with so-called “critical race theory.”

Critical race theory is a theoretical framework, rooted in Marxism, that posits individuals as oppressed or oppressor based on their skin color.

She replied “yes” and said she had studied it in graduate school. I pushed further to ask about her familiarity with Marxism.

She wrote back that philosophical and policy arguments have no place in this conversation and that her statements were not in any way controversial.

I was relieved to discover that she may not actually believe what she was saying, but was shocked to learn that, from her perspective, this was the only way to have a conversation about race.

I live in a large East Coast city, so it’s no surprise that many of my friends lean left and are social progressives. What was surprising is that my peers, including and especially those who are relatively apolitical, use the leftist paradigms of critical race theory to share their ideas about racism.

They don’t understand the intellectual roots of that language and think that it’s the only way to talk about racism. As such, questioning their ideas amounts to tacit support of racism and makes you a racist.

That notion reflects the true nature of all leftist ideology by being ultimately authoritarian in nature. You either agree with the left’s worldview or you are an enemy of all that is good.

That way of thinking didn’t come out of nowhere.

Beginning in the 1960s, higher education became permeated with critical theory. Critical theory, also rooted in Marxism, says that we must understand our beliefs—including on religion and politics—vis-a-vis the “means of production”; namely, businesses and industries. In this view, it’s in the business owners’ interest to create laws, social norms, and ideas that keep them in power.

Later on, this concept was applied to race, gender, and other identities.  Critical race theorists see these identities as social constructs that support systems of oppression.

Regrettably, these theories have permeated higher education, the mainstream media, and, most recently, the responses to Floyd’s killing in the custody of Minneapolis police officers.

In college humanities classes, critical theory and its grievance studies accoutrements (critical race theory, feminist theory, and postcolonialism, to name a few) are presented as the only and correct way to understand the world.

The Western canon’s lack of gender and race diversity makes it unworthy of study. In other words, one’s gender and/or skin color make their ideas worthy (or not) of discussing.

Critical race theory is presented as the singular lens through which one ought to see the world. Race is a social construct, enforced by those in power (white men), and predetermines someone’s role and ability in society.

Philosophy and literature (and, increasingly, science) exist to dismantle the power structure instead of serving as vehicles through which we understand the most profound questions around human existence.

As a result, anyone who went to college during or after the 1960s may very well have never explored ideas around the truth,  justice, or the origins of our rights.

Simply put, most college graduates with training in the humanities and social sciences lack the vocabulary to talk about racism and prejudice without using the framework of “systemic racism” and “white privilege.”

If you disagree with that philosophical framework, then you are ipso facto against fighting racism or deny that racism even exists. And if you push back on the use of terms such as “power structure” or “systemic racism,” you are likewise accused.

That’s particularly damaging on two levels. First, it precludes any meaningful conversation about racism and race. Second, it creates a chasm between two presumably well-meaning people who most likely agree racism is bad, but disagree on the best way to address it.

A concrete example of that occurred when I questioned a friend’s posting of a “white supremacy iceberg.”

I asked her how a so-called “Eurocentric” curriculum teaching Western civilization and supporting legal immigration support white supremacy.  Her non-answer: “Do you deny that racism exists?”

To be clear, racism exists. It’s sad and awful, and damages each of our souls. How sad that an otherwise productive conversation about racism is stopped by accusing me of denying racism’s existence.

Further, the notion posits that “nonbelievers”—those who don’t subscribe to critical race theory—are enemies in the fight to defeat racism.

Surely there are individuals who think that English should be the country’s official language, that securing our borders is necessary to uphold the rule of law, and that the Western canon is an important part of a robust liberal arts education, while also thinking that racism is wrong and wanting to do their part to stop it.

But within the paradigm of critical race theory, that’s not possible. You either #resist the hegemonic white supremacist power structure (which includes Western civilization classes and Columbus Day) or you are a racist.

That’s hardly a way to have productive conversations that lead to ending racism. Regrettably, this divisiveness can be applied to all leftist doctrine, including and especially Marxism, from which critical race theory is derived.

Critical race theory does not seek equality or justice. Instead, it categorizes people. One’s gender, race, or sexual orientation posits you as the oppressed or an oppressor—a status from which you are freed only when all existing societal structures, which are inherently racist, are overthrown.

However, history shows us that authoritarianism, not utopia, follows revolution. We need only look to Cuba, Iran, and Venezuela as examples. Those once-prosperous countries, albeit not without problems, were captivated by the revolutionary narrative of leftism only to find out the hard way that revolution serves only those in power.

Leftism does not seek enduring notions of truth, the good, or justice. It seeks only to subjugate the other as a means of overthrowing an existing structure. Once that structure is overthrown, the leaders of the revolution will find someone new to subjugate.

If we succeed in fighting racism through authoritarian means, then what did we truly gain?

I’m reminded of one of my favorite books, Allan Bloom’s “The Closing of the American Mind.” In it, Bloom famously wrote:

Freedom of the mind requires not only, or not even specially, the absence of legal constraints, but the presence of alternative thoughts.

The most successful tyranny is not the one that uses force to assure uniformity, but the one that removes the awareness of other possibilities.

Our fight against prejudice is being done through what is perhaps the worst tyranny of all; namely, the tyranny over the mind.

My friend’s well-intentioned attempts to fight racism, a terrible form of oppression, are being viewed through a lens of authoritarianism that calls upon our darkest demons.

It categorizes people based on race and gender, and assumes that people have (or don’t have) abilities based on those categories. It leaves no room for meaningful discourse.

If we want to fight prejudice, then let’s shape the conversation around our better angels; namely, freedom, the inherent dignity of every single person, truth, and the good.