The Fight to Save Title IX and Girls Sports 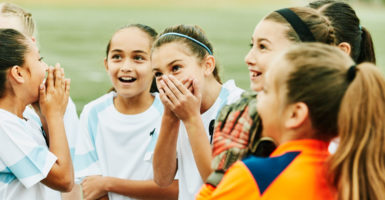 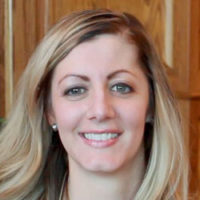 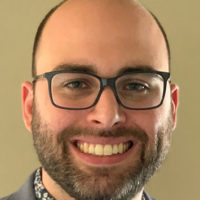 Blaine Conzatti is advocacy director for the Family Policy Alliance.

It seems like we’re all born with the value of “fairness” running through our veins, as anyone who’s been around children of preschool age and older can attest.

Fairness may be one of the few values left today that crosses all political, social, age, and racial demographics. It’s more of a human trait than a cultural value.

Nowhere is fairness more valued or essential than in the world of athletics.

After all, what’s the point of putting in all the training and sacrifice if the ultimate competition is going to be over before it even begins?

Rules to ensure a level playing field in sports run the gamut. Team apparel must be consistent—sometimes down to the very last hair tie. Weight classes, divisions, and age brackets exist to keep competitions fair (and safe).

College sports are for college athletes; professional sports are for pro athletes. Proper equipment must be used, and some equipment is banned because it gives competitors an unfair advantage. And on and on.

These rules hold true for both boys and girls sports. But speaking of fairness, girls had to work extra hard to get the competitive sports they have today. Prior to 1972, female athletes had to fight for their own funding, facility use, uniforms, private locker rooms, divisions, scholarships, and more. It’s no surprise that only 1 in every 27 girls played sports.

That’s where Title IX came into play. Congress passed Title IX as part of a suite of civil rights laws to ensure equal access to educational opportunities, including athletics, for girls.

Lawmakers recognized that it was inherently unfair for men to receive athletic opportunities and money that women could never hope to access—regardless of how talented they were. The ACLU rightly championed the passage of Title IX, and female athletes have been the beneficiaries ever since.

Now, we celebrate nearly 50 years of Title IX and the amazing growth in female athletics. Today, 2 in every 5 girls play sports—a tenfold increase since 1972.

We’d like to end the story here with good news, but regrettably, the fight for fairness for female athletes isn’t over.

The push for men who “identify” as women to compete in women’s divisions has suddenly become the clarion call of the left.

The same crowd that once called for equal athletic opportunities for women now cheers gleefully when a biological male mixed martial arts fighter literally beats a woman. And the ACLU—which once championed girls sports—now wants to turn boys into girls sports champions.

That’s why the Family Policy Alliance helped pass the first law of its kind in the nation, Idaho’s Fairness in Women’s Sports Act, to save girls sports. The new law limits participation in girls high school and college sports to biological females, preserving the spirit of Title IX for a rising generation of female athletes.

Less than one month after we rallied Idahoans to call on Gov. Brad Little to sign the law, the ACLU sued to enjoin it. And here’s the irony and the kicker—the ACLU is using Title IX to do it. Apparently, its decades-long fight for female athletes is now over.

But ours is not, and neither is the Trump administration’s.

Just in the past few weeks, the Trump administration has repeatedly clarified that in federal law, “sex” means biological sex (not gender identity)—including in Title IX.

We’ve now launched the #SaveGirlsSports campaign, kicking it off over the week of Title IX’s 48th anniversary.

The campaign gives female athletes and their supporters a chance to play referee for a change and declare “That’s not fair!” over the hostile takeover of their athletic divisions by political opportunists.

#SaveGirlsSports is the chance for female athletes and their supporters to join together to save Title IX. It’s a chance for us all to stop the ACLU’s efforts in Idaho—so that the Fairness in Women’s Sports Acts can spread to other states for the sake of our female athletes.

But even more personally, #SaveGirlsSports is about our daughters. We both have firstborn infant daughters who have filled our hearts in so many good, if sleepless, ways.

Nearly 50 years of girls have benefited from Title IX and the athletic opportunities afforded to them. Why should all those advancements be washed away for our daughters and generations that come after them just to score a political point?