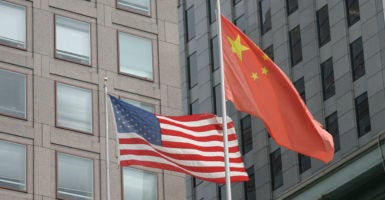 President Donald Trump's Strategic Approach is a much better read than many outside explanations of U.S. strategy toward China—and the clearest yet from this administration. (Photo: Michael Macdonald/EyeEm/Getty Images)

In compliance with the 2019 National Defense Authorization Act, the Trump administration last week released the United States Strategic Approach to the People’s Republic of China.

It’s an excellent exposition of U.S. assumptions and strategy—as they are, not as they have been reported to be.

The great advance in the 2017 National Security Strategy was its recognition of the great-power competition between the U.S. and China. From that flows the assessments in the Strategic Approach about Chinese intentions and the threats they pose to American interests.

The many policies that respond to these threats—such as the Justice Department’s China Initiative to root out Chinese efforts to steal American trade secrets, the tightening of export and investment controls, the requirement of Chinese state and party media to register under the Foreign Agents Registration Act, the ratcheting up of support for Taiwan, and the enormous increase in freedom of navigation operations in the South China Sea—clearly demonstrate a new, tougher strategy.

What has often been overlooked is the subtlety of the administration’s approach. It’s these subtleties, not the restatements of well-known hard lines, that make the Strategic Approach remarkable.

The new Strategic Approach is well worth a read. It is right from the horse’s mouth. It’s a much better read than the many outside explanations of U.S. strategy toward China—and the clearest yet from this administration.