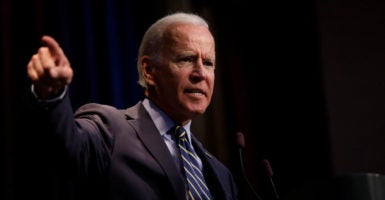 But it’s not just the media. In stark contrast to the “believe all women” mantra heard ad nauseam when Justice Brett Kavanaugh faced allegations of sexual assault, liberal icons are now stepping up in support of Biden, effectively admitting they don’t “believe all women.”

So we’re republishing this article from 2019 that looked at the hypocrisy of the left on this topic of sexual assault.