Why Eco-Warriors’ Bid to Ban Natural Gas Appliances Is Wrongheaded 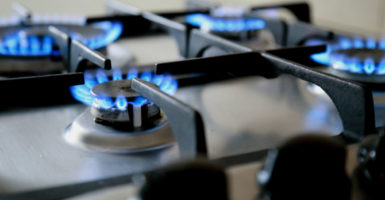 Could the 80-year-old phrase “Now we’re cooking with gas” soon become a relic of the past?

Several cities are studying proposals to restrict the use of natural gas in commercial and residential buildings as a way to combat climate change.

Both economically and environmentally, the push to ban natural gas from homes and commercial buildings is extremely misguided.

For Californians and the rest of the 177 million Americans who use natural gas to heat their homes and cook their food, the costs would be substantial and harm families in a multitude of ways.

For one thing, using natural gas appliances saves families money on their energy bills. Households that use natural gas for heating, cooking, and drying clothes save nearly $900 per year compared with families using electric appliances.

Homeowners and chefs prefer gas ranges because they work quickly and cook more evenly, not to mention that gas ranges still function during power outages. They’re also easier to maintain.

A 2018 poll of 3,000 voting Californians found that only 1 in 10 would choose all electric appliances. At any rate, if homeowners want to go all electric for whatever reason, they have the option to do so without any government compulsion.

Banning natural gas appliances in new buildings would require a move away from clean, affordable energy source that consumers prefer.

Some cities have floated the idea of banning or restricting natural gas appliances from existing homes and businesses, as well. Replacing all of those appliances would potentially cost tens of thousands of dollars per household, unnecessarily replacing appliances in fine working condition.

It would also create headaches for all of the people forced to have crews come into their homes to retrofit or replace those appliances.

In many instances, gas appliances are actually the greener option. As Consumer Affairs reported last year, “Gas takes the trophy as the more eco-friendly option for any appliance. Gas dryers in particular use 30 percent less energy than electric ones, which will reduce your carbon footprint.”

So, why all the backlash? Because despite the economic, environmental, and geopolitical benefits that natural gas delivers, it is still a fossil fuel.

And despite the fact that environmental activists took money from the natural gas companies to attack coal, it’s now natural gas that has the green target on its back. And they’re shooting at an awfully large target. The U.S. has been the world’s largest natural gas producer for more than a decade.

With an abundance of reserves, natural gas producers can supply Americans with affordable, dependable power well into the future.

The Sierra Club study, conducted by researchers from the University of California at Los Angeles, recommends switching the gas-fired appliances to electric. Doing so would be a major overhaul as 90% of the state’s furnaces and water heaters run on gas.

In an attempt to persuade Americans to make costly, burdensome transitions away from gas-fired appliances, activists are going beyond climate to sell their pitch. More effort has gone into the effects of gas-fired stoves on indoor air quality.

Using 2018 data, the aforementioned UCLA study suggests that switching all natural gas appliances to electric would result in 354 fewer deaths as a result of less indoor pollution. To be clear, cooking on electric stovetops and natural gas ranges both produce fine particulates that affect indoor air quality.

However, there are more practical alternatives than requiring homes to replace a perfectly functioning gas range. Using venting hoods and cooking on the back burner significantly reduce exposure.

Furthermore, there are public health risks to removing access to affordable, reliable energy.

According to a recent paper from the National Bureau of Economic Research, cheaper home heating from natural gas when compared with electric heat is averting more than 10,000 winter deaths per year.

“We find that a lower heating price reduces winter mortality, driven mostly by cardiovascular and respiratory causes,” they wrote.

Electrification would be extremely costly and cumbersome for families and businesses. It would restrict the ability of consumers to purchase the appliances they want and would be fraught with unintended consequences.

It’s no surprise these proposals are incredibly unpopular, even in a state like California. People like gas appliances because they’re reliable, affordable, and clean. Governments shouldn’t take that choice away.