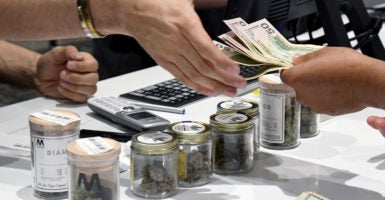 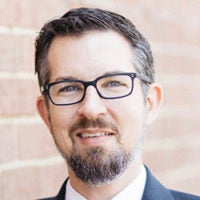 With schools shuttered, businesses closed, and the market in disarray, government officials have moved to allow only “essential” services to operate, such as hospitals and pharmacies, grocery stores, and carry-out restaurants.

In a handful of states, however, another niche area of the market has been deemed “essential”; namely, marijuana dispensaries. That’s absurd.

Massachusetts Gov. Charlie Baker, a Republican, so far has stood strong in the face of industry pressure to reverse his decision to temporarily shutter recreational marijuana shops.

Others—such as Colorado Gov. Jared Polis, a Democrat—have issued orders limiting marijuana sales, only to reverse course after concerted pushback from the industry.

In Denver, Starbucks is closed, while Starbuds’ doors are open for business.

While businesses across the country are laying off workers, and some are even facing the reality of possibly closing permanently, the marijuana industry is bragging about vast increases in sales and record profits. One industry executive proclaimed that marijuana might be “recession-proof.”

But pot industry lobbyists aren’t resting on their laurels after persuading governors to deem their stores to be “essential.” They are already hard at work on their next scheme; namely, getting their share of the next round of COVID-19 federal aid.

A handful of senators from legal-pot states sent a letter March 26 to leadership in the Senate Appropriations Committee pushing for a provision allowing the same marijuana businesses celebrating vast profits access to taxpayer-backed loans.

Bailing out marijuana at the federal level through taxpayer-funded aid could not come at a worse time. We must understand that smoking or vaping marijuana could potentially make COVID-19 symptoms worse.

According to a host of reputable organizations, such as the National Institutes of Health and the American Lung Association, there are certain groups of people who are more susceptible to developing a severe case of COVID-19, and among them are those who use marijuana.

In a recent blog post, Dr. Nora Volkow, director of one such NIH institute, stated that “because it attacks the lungs … COVID-19 could be an especially serious threat to those who smoke tobacco or marijuana or who vape.”

Marijuana smoke is extremely harmful to the lungs and has even been found to contain many of the same harmful components as tobacco smoke.

There is even evidence that it leads to the development of chronic bronchitis. Furthermore, evidence suggests marijuana use increases the risk of infections, such as pneumonia, a condition commonly seen in the most severe cases of COVID-19 infection.

You’re not out of the woods if you stick to edibles, either.

Tetrahydrocannibanol, the active ingredient in marijuana, has been shown in studies to hurt the immune system and jeopardize overall health. Research has shown that THC, pot’s psychoactive ingredient, to be an immunosuppressant. THC could actually work against the body’s ability to fight such infections, giving the virus the upper hand.

The result would be more severe symptoms, a longer road to full recovery, or even death.

Some marijuana industry supporters, blinded by the industry’s rhetoric, have chosen to ignore the science by proclaiming marijuana can actually prevent or even cure COVID-19.

We also can’t forget that, just last summer, several thousand people fell ill to a debilitating lung illness dubbed EVALI (e-cigarette or vaping product use-associated lung injury) that was overwhelmingly tied to the use of marijuana vapes—yes, including the ones available in those now “essential” marijuana shops that are looking for a taxpayer bailout.

There are also mental health concerns. Society should consider whether it’s wise to encourage the continued use of a drug shown to increase the risk of severe mental health issues, such as schizophrenia, psychosis, anxiety, depression, and suicidal thoughts during a pandemic and social isolation.

Lest we forget, marijuana is still illegal at the federal level, in a way that clearly trumps state law. Particularly when we are talking about the allocation of federal taxpayer dollars, lawmakers should be wary of unwarranted demands coming from illegal enterprises.

Given the risk of harms to health and marijuana’s illegal status at the federal level and in most states, pot shops should not be deemed “essential.”

Marijuana dispensaries should be closed, and not one dime of taxpayer funds should be wasted on an illegal industry celebrating profits during a pandemic.