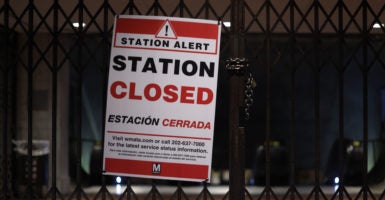 Before many Americans are able to go back to work, the country will have to reach four goals amid the COVID-19 pandemic, former Senate Majority Leader Bill Frist said as the National Coronavirus Recovery Commission began to study related issues.

“No. 1, we need to stop the spread. That has not been stopped,” Frist, a physician who is a member of the commission assembled by The Heritage Foundation, said of the new coronavirus Wednesday in a conference call with reporters.

Second, Frist said, the nation must gear up “contact testing.”

“We have to identify who has the disease and then who they have been in contact with, and we need to develop that infrastructure in every community across America,” the former senator from Tennessee said.

“No. 3, we need to define the science,” Frist said, adding: “So we need to further define how long a person has been exposed [and] how good their immunity is in going back to work.”

Fourth is a gradual return to work “community by community, not state by state,” following stay-at-home orders at the state and local levels, he said, while the federal government is encouraging social distancing and coordinating the national response.

The National Coronavirus Recovery Commission includes experts from public health, business, and government who will identify steps needed to rebuild the economy after the pandemic.

The commission’s first formal meeting, to be held remotely, is set for Thursday.

The meeting comes ahead of what the federal government expects to be the peak week for deaths from COVID-19. The United States has logged 419,975 confirmed cases of the disease caused by the new coronavirus and 14,262 deaths, according to Johns Hopkins University.

Commission member George Allen, a former U.S. senator and governor of Virginia, said a short-term goal for the nation is to increase production of protective masks and COVID-19 tests to meet the need.

“We need a Manhattan Project approach on antiviral therapeutics that could be produced four to six months before the winter onslaught when recurrence occurs, because the vaccine is going to take over a year and that’s assuming this coronavirus doesn’t mutate,” Allen said during the conference call.

The Manhattan Project was the name of America’s secret effort during World War II to develop the atomic bomb.

Allen predicted that some moderate social distancing is “here to stay,” while teleworking likely is going to be more common even in the long term.

“It’s going to change our society the same way 9/11 has changed our society,” he said of COVID-19.

Allen also called for breaking American dependence on China for pharmaceuticals and other medical supplies.

“We as Americans should no longer be vulnerable to adversarial countries for our supply chain of medicines, pharmaceuticals, and medical services,” Allen said, adding:

Heck, people wouldn’t even feed their dogs dog food from China or want Sheetrock from China. So why should we have our medicines and some of these masks and so forth coming in from China when we can make it here? If not here, then our neighbors in Canada and Mexico can make it.

Two policy experts from The Heritage Foundation, Paul Winfree and Charmaine Yoest, serve as executive directors of the commission.

“We believe fundamentally that good public health policy is going to lead to good economic policy,” said Yoest, vice president of Heritage’s Institute for Family, Community and Opportunity and former president and CEO of Americans United for Life.

“The two have to move forward hand in hand,” said Yoest, who served for almost a year as assistant secretary for public affairs at the U.S. Department of Health and Human Services early in the Trump administration. “Once the American people are confident of the health approach, they’ll start feeling confident about going back to work and jump-starting the economy.”

The “big question” the commission will confront is how to expedite an economic recovery through the actions of federal, state, and local policymakers, said Winfree, director of Heritage’s Roe Institute for Economic Policy Studies, who was deputy director of the White House Domestic Policy Council during the first year of the Trump administration.

“I think it’s critical for anything we end up doing from here on out, [to] make sure that folks remain attached to their places of work so that whenever we defeat the disease, ultimately we can get America back to work and cooking again as quickly as possible,” he said.

Heritage Foundation President Kay C. James is the commission’s chairwoman. James was director of the U.S. Office of Personnel Management under President George W. Bush and Virginia secretary of health and human resources while Allen was governor.