The Legacy of Americans in a Time of Crisis 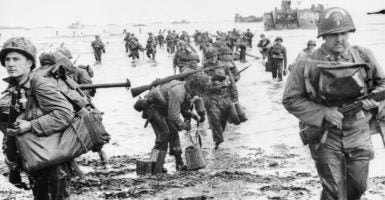 No one except the foolish or perhaps the suicidal would deny that the coronavirus has created a deadly crisis affecting every American. But it is in a time of crisis that Americans are at their very best.

America was born out of crisis. Taken for granted by an arrogant king, we fought and won a war of independence over the most powerful nation in the world­—England.

Bitterly divided over the issue of slavery, we engaged in a bloody civil war from 1861-65 that preserved the union and banned slavery.

We were plunged into a Great Depression that lasted almost a decade from 1929-1938 and ended only when we went to war against Imperial Japan and Nazi Germany.

No sooner had we led the Allies to victory in World War II, than we were forced to assume the reins of leadership in a Cold War that lasted 40 years and took the lives of 93,000 Americans fighting in Korea and Vietnam.

We enjoyed a decade of normalcy in the ‘90s, but in 2001, radical Islamists flew hijacked jetliners into the World Trade Center and the Pentagon, killing 3,000 innocent Americans.

Once again, we rose to the challenge and a wave of patriotism not seen since World War II swept the country. America was once again not red and blue, but a red, white, and blue nation.

We barely had caught our breath when the Great Recession of 2008-2009 hit, plunging us into the worst economic crisis since the Great Depression.

Recovery took longer than the experts expected, but under President Donald Trump the economy grew, unemployment fell to a record low, and we looked forward to a lively presidential debate between two very different philosophies of government.

And then we plunged into crisis again—not by a war or a depression but by something invisible, a virus. What then are some of the lessons we can draw from past crises that can be applied today?

Leadership matters. Who can forget President George W. Bush standing at Ground Zero in New York City with a bullhorn and warning the terrorists there was nowhere they could hide?

Who can forget President Ronald Reagan striding down the aisle of Congress just six weeks after a man tried to assassinate him and challenging Congress to pass his economic recovery legislation?

We need inspiring leaders like Trump in the nation’s capital and in our state capitals and city halls today.

Community matters. The Japanese attacks on Pearl Harbor and the terrorist attack on 9/11 brought us together and made possible our united response to our enemies. These were times when we put aside partisanship and politics as usual and united against a common enemy.

Truth matters. The mass media always has played an essential role in a time of crisis. This is especially true today when the truth can be so easily twisted and distorted by the omnipresent social media.

The mainstream media can prove its commitment to the truth by shooting down the vicious lies spread by Communist China that American soldiers brought the coronavirus to China last year.

We shall come through this crisis as we have other challenges in our 241-year history, following the example of leaders such as Reagan, who reminded us in his first inaugural address just what kind of people we are.

The crisis we face, Reagan said, requires our willingness to believe in ourselves, “to believe that together, with God’s help, we can and will resolve the problems which now confront us. And after all, why shouldn’t we believe that? We are Americans.”