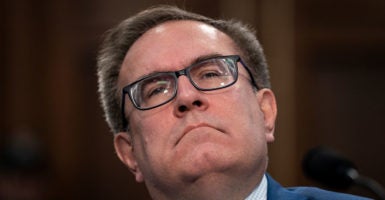 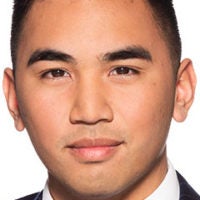 Andrew Wheeler recently completed his first year as the official administrator of the Environmental Protection Agency, and what a busy year it was.

The EPA now accounts for $6.5 billion in deregulatory savings achieved over the course of President Donald Trump’s administration.

A little more than a year ago, The Daily Signal published a piece by one of us about Wheeler’s pending confirmation by the Senate. It noted that the vote would occur as the country was being introduced to the left’s radical Green New Deal proposal.

Well, you don’t hear as much about the Green New Deal anymore. While a lot of that has to do with the absurdity of the proposal itself, from gassy cows to transoceanic trains, a good deal of credit is due to the practical success of the Trump administration’s environmental agenda.

On Feb. 28, Wheeler marked his first year as the Senate-confirmed administrator of the EPA. For those interested in an in-depth look at the EPA during 2019, we would refer you to the agency’s Year in Review, but here are a few highlights that we especially welcomed here at The Heritage Foundation.

Soon, the EPA will finalize a rule that rejects the regulatory games played by the Obama administration in pushing its Mercury and Air Toxics Standards rule, or MATS. Reducing emissions of mercury and other hazardous air pollutants from coal- and oil-fired power plants costs more ($9.6 billion annually) than it provides in benefits ($4 million to $6 million annually).

The costs were as much as 2,400 times greater than the benefits, but the Obama administration went forward with the rule anyway, claiming that questionable secondary benefits unrelated to reducing mercury emissions exceeded the rule’s costs.

The Heritage Foundation’s Daren Bakst wrote that, among other problems, the level of overreliance on secondary benefits would make it possible for the EPA to avoid ever having to justify the purpose of its rules, such as reducing mercury emissions.

This new rule puts a stake in the ground to say such abuses will not be tolerated, and is another way the Trump administration and the EPA under Wheeler is stopping the overreliance on ancillary benefits.

Last August, the EPA published the notification of its decision to withdraw from an Obama administration determination that would have preemptively restricted Alaska Pebble Mine owners from even applying for permits to launch mining projects within this resource-rich area.

Once again, the restriction was chalked up as just another arbitrary regulation that puts the hammer down on opportunities for economic success.

“The decision was like a teacher failing a student before he or she even takes the test,” Heritage’s Nick Loris wrote.

Luckily, Wheeler’s notice to withdraw will lift the auto-block to natural resource development projects that would yield us rare earth minerals—a market that China is trying strategically to corner—that are used in both everyday devices and high-grade defense equipment. Shovel-ready progress on the mine still remains subject to litigation.

Also known as “coal ash,” this material is recycled and reused in a variety of products, such as cement, drywall, and bricks, and even to make plastics lighter. It can be found in major industrial projects across the United States, including the EPA’s own headquarters.

Unfortunately, under the Obama administration, the EPA imposed heavy-handed regulations on how to manage coal ash.

Wheeler’s proposed revisions to these regulations, Loris wrote, “provide the flexibility for utilities to safeguard against potential threats to human health and the environment while providing a sensible framework to allow for coal ash reuse.”

This could play a critical role in reducing the costs of many contemplated infrastructure projects.

In January, the EPA and the Army Corps of Engineers released the Navigable Waters Protection Rule, which replaced the Obama-era Waters of the United States rule. The latter rule represented the worst parts of government, all wrapped up in one major example of massive overreach.

Essentially, it was a major power grab by the EPA and the Corps that created confusion and consequences for private land owners due to its overly broad and nonsensical definition of what constituted a “navigable water” and was thus subject to the EPA’s onerous regulations.

Upon issuance of the final replacement rule, Heritage’s Bakst said, “this new rule rightfully rejects the idea that Washington bureaucrats must regulate every drop of water in the country in order to effectively protect our nation’s waters.”

Wheeler’s second full year as the confirmed head of the EPA will be full of challenges and opportunities. They range from implementing the agency’s rule to combat past regulatory abuses to reining in its runaway Science Advisory Board and transparently refocusing it on science.

And, of course, the EPA likely will continue to be a major part of this administration’s deregulatory success.

This commentary was corrected after publication to say that the Mercury and Air Toxics Standards rule, or MATS, remains pending.