The Quiet Success of Trump’s Politically Appointed Ambassadors in Europe 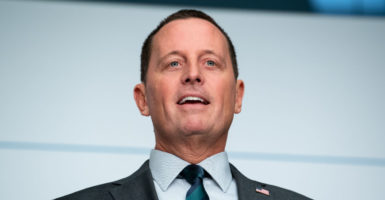 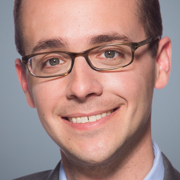 Article II of the U.S. Constitution states that the executive “shall nominate, and by and with the Advice and Consent of the Senate, shall appoint Ambassadors.”

For better or for worse, presidents of both parties have throughout the republic leveraged coveted ambassadorship appointments to reward allies, donors, and famous Americans.

In fact, some of Trump’s European ambassadors have made a significant splash, helping to disseminate the president’s policy and propel forward initiatives important to the White House.

The recent appointment of U.S. Ambassador to Germany Richard Grenell as acting director of national intelligence, highlights the reason he and some of his fellow ambassadors in Europe have met with success: each has the confidence of the president.

As ambassador to Germany, Grenell has served as a conduit of the president’s views on issues from Germany’s low defense spending, to Nord Stream 2, to European companies doing business with Iran. Grenell’s style is similar to the president’s and has ruffled some feathers in Berlin.

However, his tenure has met with notable successes, including the Bundestag adopting a motion in December to ban the Iranian-backed terrorist group Hezbollah. German defense spending is on an upward trajectory, with a 25% increase over the past three years. In addition, Grenell’s leadership on the issue of 5G has helped give political cover to many within Chancellor Angela Merkel’s own party who oppose the involvement of Chinese companies in German 5G rollout.

The Western Balkans are a key focus area of the Trump administration. The appointment of Grenell in October served as special envoy for peace negotiations between Serbia and Kosovo, and underscores the importance the president places on normalizing relations.

A few weeks ago, Kosovo and Serbia signed an agreement to develop rail and road connections between their capitals, which follows on the heels of a January agreement to restore a direct air link between the nations.

Grenell is not the only Trump political appointee who has found success in his role in Europe. Georgette Mosbacher, U.S. ambassador to Poland, has since August 2018 helped oversee the strengthening of relations with a crucial ally after years of Poland being held at arm’s length by the Obama administration.

In June 2019, Trump and Polish President Andrzej Duda signed an agreement strengthening security cooperation, and laying the groundwork for an additional rotational deployment of 1,000 American troops to Poland.

When Hutchison was appointed in 2017, only three other NATO allies spent 2% of GDP on defense. Last year, that number jumped to eight (with the U.S. as the 9th).

Indeed, 2019 marked the fifth consecutive year spending among NATO allies (excluding U.S.) increased, a 4.6% increase in real terms. By the end 2020, U.S. NATO allies will have invested $130 billion more in defense since 2016.

In the United Kingdom, Ambassador Woody Johnson is helping reinvigorate the U.S.-U.K. special relationship, greeting the U.K.’s decision to withdraw from the European Union with optimism, and helping lay the groundwork in London for a U.S.-U.K. free trade agreement.

Trump has also been pleased with U.S. Ambassador to the Netherlands Pete Hoekstra, who the president last August described as “doing a fantastic job in the Netherlands right now.”

The president’s A Team have in particular gotten behind the administration’s full-court press on the Three Seas Initiative, helping to build support in Europe for a project that will build strengthened transatlantic business, energy, and geopolitical ties to the region. The initiative also helps counterbalance Chinese and Russian efforts to forge inroads in the region.

Last month, Secretary of State Mike Pompeo announced a $1 billion pledge to support the Three Seas Initiative, and the administration remains hard at work pushing to ensure success in a critical year.

Trump’s ambassadors are continuing to work behind the scenes to solidify support for the initiative, building momentum, and encouraging nations to contribute to the Three Seas Investment Fund.

Trump’s policy of engagement with Europe has already met with notable success, something the administration hopes to build on in 2020. The role of ambassadors on the ground may be undervalued, however. So long as the A Team retains his confidence, they will remain crucially important to implementing the president’s policies in Europe.