The Cost of Sacrificing Public, Private Health Insurance for ‘Medicare for All’ 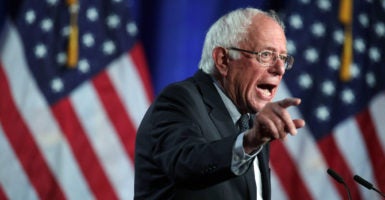 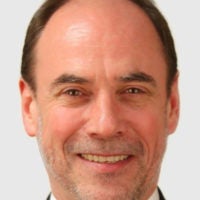 Douglas Holtz-Eakin, a former director of the Congressional Budget Office, is president of the American Action Forum.

A majority of House Democrats are co-sponsoring legislation (HR 1384) to outlaw virtually all Americans’ public and private health insurance and replace their coverage with a new government plan. In the Senate, Sen. Bernie Sanders’ “Medicare for All” bill (S 1129) would accomplish the same objective.

Americans must fully grasp the necessary trade-offs—the sacrifices—they would have to make if Congress were to create and run such a massive program.

Medicare for All poses a very big question: Is the promise of universal health insurance under a new government health program worth the deliberate destruction of all other public, private, and employer-based coverage?

In today’s churning insurance markets, about 30 million American residents are uninsured. Examining the data, American Enterprise Institute analysts note that about 15 million Americans already are eligible for coverage under Medicaid, the Children’s Health Insurance Program, and the Affordable Care Act of 2010 (also known as ACA or Obamacare).

Mysteriously, they do not enroll.

Almost 4 million are eligible for employer-sponsored insurance, but do not enroll. Several million (at least 4 million) are here illegally and thus ineligible for taxpayer-financed coverage. An additional 2 million have annual incomes that exceed 400% of the federal poverty level ($103,000 for a family of four) and are ineligible for Obamacare insurance subsidies.

Finally, about 2.5 million of the uninsured are poor Americans who live in states that didn’t expand Medicaid. This is a problem that can be solved through targeted measures—without destroying all existing health coverage.

Then there’s the cost. In the initial 10 years of implementing a Medicare for All program, the aggregate price tag could range between $54.6 trillion and $60.7 trillion, according to Charles Blahous, a former Medicare trustee.

Comprehensive econometric analyses, ranging from the Urban Institute to the Rand Corp., also show that such a program would substantially increase total costs over current law.

Most Americans would also pay more for their health care than they do today. According to a recent Heritage Foundation analysis, financing such a program would require broad-based taxation equal to 21.2% of all wage and salary income, and reduce the disposable income of nearly two-thirds (65.5%) of American households, making them financially worse off than they are today.

Another big trade-off would be a decline in the timely access to quality care. For example, Sanders’ Medicare for All plan would cut medical provider rates by an estimated 40% below projected private reimbursement. Such a sharp reduction would inevitably mean increased waiting times, longer delays, and denials of care.

Medicare today sets prices for more than 8,000 physicians’ services and hundreds of hospital procedures in more than 3,000 U.S. counties. Government price-fixing often results in medical goods or services being reimbursed at levels that are often too high or too low. In short, either beneficiaries or taxpayers are routinely shortchanged.

Comparisons between Medicare and private insurance are often apples-to-oranges comparisons. For example, private firms tend to concentrate more heavily (and successfully) on such items as utilization review, quality measurement, and fraud detection.

Medicare does not concentrate as effectively in these areas, and though it records lower administrative costs, it also loses tens of billions of dollars annually (roughly 10%) in waste, fraud, abuse, or “improper” payments.

These are real costs, but they are rarely counted as part of Medicare’s administrative costs. The Government Accountability Office has recorded more than $50 billion annually in waste, fraud, or abuse. If today’s Medicare is the model, taxpayers can expect those large annual losses to increase to scale with a universal program.

Public policy is not simply a matter of setting goals. It is also a process of making trade-offs, and Medicare for All has some very serious ones:

—Destruction of existing health insurance coverage, regardless of personal preferences.

—Abolition of alternatives to government care.

—Longer wait times and delays and denials of care.

—A more thorough politicization of health care decision-making, courtesy of Congress and whatever presidential administration controls the levers of bureaucratic power.

Lawmakers should enact policies that will give individuals and families much greater control over their health care dollars and decisions, and compel health insurers and medical professionals to compete and deliver high-quality care at competitive prices.