Megxit, Trump, and the Generational Divide 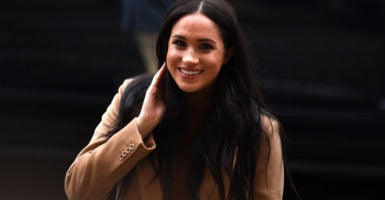 Far too much ink has been spilled in describing the parallels between a resurgent British nationalism—a la Brexit—and the social currents underlying President Donald Trump’s MAGA movement.

Both have been described as the culmination of a backlash against forces of globalization that created a glamorous, globetrotting elite on one hand and, on the other, a wasteland of economic decline and deprivation in both nations’ heartlands.

The savior, as prescribed under both the Brexit and MAGA theories, is to throw off the chains of globalization and go it alone. Hence, Britain chose, quite unequivocally, to repudiate the European Union, and America under Trump has boldly thrown out its role as global arbiter and instead asserted an “America First” agenda.

This divide also has been largely generational. Brexit and MAGA have been overwhelmingly supported by an older, mostly white, middle-class voting bloc in each country. Many among them are old enough to revel in reminiscing about the Margaret Thatcher and Ronald Reagan economies; many saw their fortunes decline in the intervening decades as global elites replaced the white middle class as the new favored group.

Perhaps no figure typified the emergent supremacy of this global elite than Barack Obama, who swept to power on a coalition of unprecedented minority voter turnout and a platform of global reparations—an image so powerfully intoxicating to European liberals that Obama was awarded the Nobel Peace Prize without having ended a single war.

In Britain, the unlikely pairing between a beautiful American actress, who happens to be, like Obama, the product of a biracial union, and Britain’s most cherished tribal identity—the royal family—raised another conundrum.

For many young people, Obama’s presidency and Meghan Markle’s ascendance to within striking distance of the British monarchy were powerful symbols of change. Each represented the pinnacle of an optimistic promise upon which many—including the Obamas and the Sussexes—had been raised.

That is, we could achieve a “post-racial” society in which even those who formerly had been treated as slaves and second-class citizens could rise to the pinnacles of power, prestige, and influence; that a British royal could defy tradition and marry an American “commoner,” and one who also happens to be black, and no one would bat an eye.

But alas, this was not to be. If Brexit and MAGA were said to be reactions to globalism, Trump’s ascendance as a singular historical figure was rooted in a reaction to Obama’s transcendence from mere politician to savior of the American left.

British Prime Minister Boris Johnson, whose personality and politics draw comparisons to Trump, stands in stark contrast to the youthful hipness of Prince Harry and Markle, the former duke and duchess of Sussex.

And yet, for reasons of happenstance and history, their orbits seem to be set upon an inexorably colliding trajectory.

Although cast as the younger, rebellious, distant heir to the British throne, Prince Harry is no foppish knave, either in presentation or substance.

He served honorably and bravely as a combat helicopter pilot who flew missions in Afghanistan. He is a married father. And he has come to symbolize a faction within British society, one that sees the world as its playground and is eager to throw off the constraints of even gilded handcuffs to live life on their own terms.

For Markle, who ostensibly had no lifelong plans of working as a full-time royal and intended to resume her career as an actress—albeit one with a significant leg up on the Hollywood pecking order, given her marriage—breaking away from the royal family is the only move that could make sense.

“Megxit,” as their decision to forsake their royal duties is dubbed, has been cast as a reaction to the British media’s insensitive, racist attacks on the couple and the constant intrusion upon their privacy.

Prince Harry is no stranger to the spotlight; he initially was rotated out of combat when his deployment plans were “accidentally” disclosed to the media, and his mother Diana’s untimely death has been partially blamed on paparazzi running her off the road.

As Harry poignantly explained: “I’ve seen what happens when someone I love is commoditized to the point that they are no longer treated or seen as a real person. I lost my mother and now I watch my wife falling victim to the same powerful forces.”

But to most of the people left behind in post-Brexit Britain, and to those in America’s “flyover country,” the slings and arrows suffered by the outrageously fortunate on account of their fame and prestige seem far removed.

Like most of the liberal elite they represent, the Sussexes have the resources to escape their imprisonment. Their decision to break away and split their time between Britain, Canada, and California (apparently only after Trump leaves office) reeks of unearned privilege.

If one paid attention to only Obama’s or Markle’s race, one might see the social evolution one is seeking. But if one looks at the social and economic divides they also inhabit, one could also see why the reaction against them, among the working class, has been so stark.