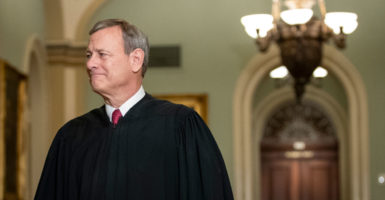 The House of Representatives has chosen members to participate in the Senate impeachment trial of President Donald Trump, and they have presented the articles of impeachment to the Senate.

This is only the third impeachment trial of a president in our nation’s history, with the others occurring in 1868 for Andrew Johnson and 1999 for Bill Clinton.

Here are eight things you need to know as the Senate prepares to begin Trump’s impeachment trial.

1. When Will the Trial Begin, and How Long Will It Last?

Roberts, in turn, administered the oath to all senators. Senate Majority Leader Mitch McConnell, R-Ky., announced that the trial itself will begin at 1 p.m. Tuesday.

The Clinton impeachment took five weeks, and Johnson’s lasted 11 weeks. The Senate’s impeachment trial rules, adopted in 1986, mandate that the trial should begin at noon and last until the Senate decides to adjourn, Monday through Saturday, “until final judgment shall be rendered.”

2. What Happens at the Trial?

An impeachment trial is not like a run-of-the-mill trial, but it does have some similarities. House managers will act as the prosecution, presenting the case for impeachment to the senators, whose role is a combination of judge and jury.

House Speaker Nancy Pelosi, D-Calif., announced the seven members of the House who will serve as the managers, including Intelligence Chairman Adam Schiff, D-Calif., and Judiciary Chairman Jerry Nadler, D-N.Y.

Roberts will preside over the trial, consistent with Article 3, Section 6 of the Constitution, although it is mostly a ceremonial role.

After presiding over Clinton’s impeachment trial, then-Chief Justice William Rehnquist said, “I took a leaf out of [Gilbert and Sullivan’s comic opera] ‘Iolanthe’ … ‘I did nothing in particular, and did it very well.’”

When the trial begins, the Senate will adopt a resolution establishing the specific timetable, including the time allotted for each side to present its case, senators to ask questions, and the Senate to consider motions.

At that point, if the Senate follows the general pattern of the Clinton trial, the Senate will vote on a motion to dismiss the impeachment and, if that motion fails, on whether additional witnesses or evidence should be considered.

During Johnson’s impeachment trial, the prosecution and defense called a total of 41 witnesses. During the Clinton trial, three witnesses provided videotaped testimony.

McConnell and several other Senate Republicans have indicated they think the Senate should rely on transcripts of the testimony of witnesses who appeared before the House, while Minority Leader Chuck Schumer, D-N.Y., and several other Democrats have demanded that witnesses be called to testify.

3. Does the President Have to Appear Before the Senate?

No. While the Senate does issue a summons to the individual being tried, its impeachment trial rules allow for an appearance by the defendant or by his attorney.

The Senate tried, unsuccessfully, to force Johnson to appear for his impeachment trial. The New York Times published an account of how Chief Justice Salmon Chase asked the Senate sergeant-at-arms to summon the president.

Clinton likewise did not appear before the Senate during his trial.

Trump previously indicated he would “strongly consider” testifying or providing a written statement to the House during its impeachment inquiry, but that didn’t happen. Odds are, Trump won’t be present at the Senate trial.

Senators are not required to employ a specific standard of proof. During the 1986 impeachment trial of U.S. District Judge Harry E. Claiborne, he made a motion to designate “beyond a reasonable doubt”—the standard in criminal trials—as the standard for his trial.

After the presiding officer ruled that “the question of standard of evidence is for each senator to decide individually,” the Senate voted 75 to 17 against establishing a mandatory standard.

Any senator, however, may ask that the full Senate vote on such matters. That reflects the Constitution’s assignment to the Senate of “the sole Power to try all Impeachments.”

5. Can Senators Be Disqualified for Showing Bias?

Senators have taken an oath to “do impartial justice, according to the Constitution and laws” in all things pertaining to the impeachment trial.

Sen. Dick Durbin, D-Ill., the minority whip, argued that some senators have already failed to meet the “independent and dignified” standard the Constitution envisioned.

There have already been calls for the House managers to move to disqualify senators whose impartiality is in question. There is no basis in the Constitution, Senate rules, or history for such an attempt.

The only qualification for participating in a Senate impeachment trial is to be a senator.

6. What Happens After the Trial?

While the trial itself will be open to the public, the Senate’s deliberations after its conclusion will not be.

Removal from office is automatic upon conviction, and the Senate may vote separately whether to disqualify the defendant from serving in any other federal office.

The Constitution explicitly provides, however, that these consequences by the Senate do not, if the defendant’s conduct is also criminal, prevent “Indictment, Trial, Judgment and Punishment, according to Law.”

7. If the Vote Fails in the Senate, Can the President Be Retried?

In theory, he likely could be retried in the future. Although neither the Constitution nor Senate rules address this issue, and no precedent exists for it, a few legal scholars, such as former Obama administration official Neal Katyal, have pointed out that the Fifth Amendment Double Jeopardy Clause does not apply to impeachment proceedings.

A retrial on the same charges, however, would seem highly unlikely, and such a retrial would certainly run counter to the general principle of double jeopardy that someone cannot be tried twice for the same offense.

What is more plausible and likely is that the House would introduce new articles of impeachment, which it could do.

8. Will the Senate Conduct Other Business During the Trial, and Will It Interfere With the Supreme Court’s Work?

Senate committees may hold hearings in the morning of each trial day, but doing any business such as sending bills, nominations, or other matters to the full Senate would require the consent of all senators.

The Senate impeachment rules provide that the chamber must suspend its legislative and executive business while the trial is under way.

The trial should not affect the Supreme Court’s oral argument schedule. The court has arguments scheduled Tuesday and Wednesday, but those will conclude by 11 a.m.

The court won’t meet again for arguments until Feb. 24. Aside from taking up some of Roberts’ time in the afternoon, the trial is unlikely to otherwise affect the court.