Judge Refuses to Use Preferred Pronouns of Transgender Child Pornographer 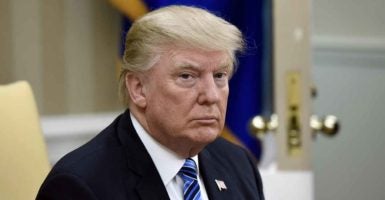 A judge appointed by President Donald Trump refused Wednesday to use the preferred pronouns of a transgender child pornographer.

Judge Stuart Kyle Duncan denied a motion Wednesday from federal prisoner Norman Varner to change the prisoner’s name to Katherine Nicole Jett and to call the prisoner by his preferred pronouns.

Authorities sentenced Varner to 180 months in prison and 15 years supervised release after the prisoner pled guilty in 2012 to one count of attempted receipt of child pornography. Varner’s sentence was also influenced by the prisoner’s previous state-level convictions: possessing child pornography and failing to register as a sex offender.

Varner requested in 2018 that the name on his judgment of committal, which is Norman Varner, be changed to the prisoner’s “new legal name of Katherine Nicole Jett.” Varner reportedly came out as transgender in 2015, began taking hormone therapy shortly after, and plans to have gender reassignment surgery.

Duncan denied the motion, saying that the courts had no jurisdiction to grant the request. The judge wrote in his opinion that Varner cited no legal authority and merely referenced feelings. The judge also referred to the transgender child pornographer with male pronouns throughout his opinion and by the name “Varner.”

“Varner cites no legal authority supporting this request,” Duncan wrote. “Instead, Varner’s motion simply states that ‘I am a woman’ and argues that failure to refer to him with female pronouns ‘leads me to feel that I am being discriminated against based on my gender identity.’ Varner’s reply brief elaborates that ‘referring to me simply as a male and with male pronouns based solely on my biological body makes me feel very uneasy and disrespected.’”

Duncan reasoned that there is no statute requiring courts to refer to litigants by their preferred pronouns, indicating that compelling the use of preferred pronouns could create the appearance of bias on the part of a judge since this might suggest sympathy with a litigant.

The judge also wrote that using Varner’s preferred pronouns might hinder communication in the court because of the complexity of transgender pronouns.

“We decline to enlist the federal judiciary in this quixotic undertaking,” Duncan wrote.

Content created by The Daily Caller News Foundation is available without charge to any eligible news publisher that can provide a large audience. For licensing opportunities of thisoriginal content, email [email protected]