Why Canadian-Style Health Care Would Not Cut Costs in America 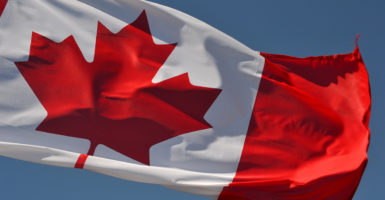 Despite their single-payer system, Canadians leave the country for timely medical procedures by the tens of thousands. (Photo: Praveen Nandagiri/Getty Images)

One common claim by supporters of single-payer health care is that it would ultimately save money while providing universal health coverage for all. Having one centralized bureaucracy, they say, would eliminate complicated administrative inefficiencies that waste enormous sums of money each year.

As reported by Time, researchers behind a new study believe that by adopting Canada’s single-payer health care system, the United States would be able to save enough money to more than pay for universal coverage.

This is a bold claim, considering that the United States wastes so much money on health care administration despite, or perhaps because of, Medicare being the largest single payer of national health expenditures.

Expanding Medicare or Medicaid to cover all Americans would only double-down on the headaches and complexity for which those programs are notorious.

All else remaining equal, if the United States were to decrease administrative spending per capita to Canadian levels, Americans would save over $600 billion. Dr. David Himmelstein, the lead researcher on the project, posits that this saving would “not only cover all the uninsured but also … eliminate copayments and deductibles.”

Practical experience warrants some skepticism of this claim.

Vermont, the home state of “Medicare for All’s” sponsor in the Senate, Bernie Sanders, had considered some form of single-payer system for some time but never managed to find a way to pay for it. Even the Democratic stronghold of California ultimately found that a single-payer system would exceed its sizable budget.

It is worth noting that California’s gross domestic product is nearly twice that of Canada.

Furthermore, whatever savings Canada may realize from administrative efficiencies is not greatly benefiting Canada’s patient population as median wait times to see a specialist in 2018 was 20.9 weeks, near-record highs. The problem is such that Canadians leave the country for timely medical procedures by the tens of thousands.

Complaints about the cost of health care should center around high prices that are not commensurate with the health value delivered, rather than achieving some definition of “universal” coverage at a certain price point. After all, the quickest way to save money is not to spend it, but those savings are no good to those waiting more than 20 weeks for a procedure, or worse.

It is completely true that in the United States, practices spend far too much money on administration and doctors spend far too much time with their computers away from their patients, but there is little to suggest, even in their data, that single-payer would realize these fantastic savings.

The remainder proportion of home care costs includes salaries and benefits for employees and certain nonpersonnel costs, so it is difficult to see how a single-payer system would yield very much in savings without cutting their jobs and/or their pay, which seems less than conducive to quality care.

On the other hand, insurance overhead, including both federal administrative costs as well as private insurers’ overhead expenses and profits, wasted proportionally the least of all the sectors they studied using 7.9% of expenditures on administration.

This suggests that insurance administration, the majority of which is private in the United States, may be the least inefficient part of American health care.

As it covers far less for far fewer people, it makes sense that it could be more efficient. Medicare for All, which is not necessarily endorsed by the researchers but is the only single-payer plan with legislative text, would cover far more services than the Canadian system for far more Americans than there are Canadians.

Under such a system, administrative overhead would almost certainly be greater without other changes that would likely be possible without overhauling the U.S. economy.

Administration and bureaucracy is certainly a problem, much of which originates from the government itself through Medicare. The solution to the heavy bureaucratic burden, then, should not be to create one super-bureaucracy.

Fixing it will require careful unraveling of decades of laws and regulations focusing on the items that distract providers from their patients.