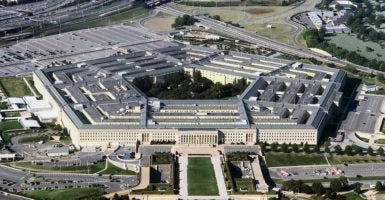 The Defense Department is taking measures to get new capabilities to warfighters more quickly, and they’re working. One of these tools is called Other Transaction Authority.

The Pentagon has made increasing use of this contracting method, which has existed since the space race but was expanded dramatically in the 2016 National Defense Authorization Act.

The value of Other Transaction Authority agreements has increased nearly 300% since 2016, from $1.4 billion to $3.7 billion, according to a Government Accountability Office report released in November.

The normal defense contracting system is, by all accounts, too slow. Secretary of the Army Ryan McCarthy has likened the procurement system to baseball: “It’s like having a 19-year-old kid that can throw a 100-mile-an-hour fastball but who won’t make the majors until he’s 39.”

On its surface, contracting methods are not all that exciting. But Other Transaction Authority is worthy of every defense professional’s attention. It is a powerful tool that allows certain leaders in the Defense Department to exempt contracts from usual government contracting rules and regulations.

This gives the Pentagon the option to fast-track certain contracts without clauses and requirements that are usually mandatory, such as cost accounting standards, intellectual property, and audit requirements.

The Federal Acquisition Regulation, which consumes 2,086 pages of the Federal Register, describes in painful detail the strict and complex rules the Defense Department usually has to follow in contracting.

These rules contain items ranging from the mundane—providing the definition of what constitutes a “copier” (section 23.701)—to the more significant rules about how to select a contract type (section 16.1).

But most of the rules place onerous requirements on both the contracting government agency and the private-sector companies involved, and these cost months of processing time.

With this streamlined process, the department can develop and field new technology faster.

Crucially, the flexibility and more businesslike practices of Other Transaction Authority also better allow the Defense Department to work with “nontraditional” defense contractors.

Large companies and organizations that routinely contract with the government have dedicated the resources to decode complex government acquisition regulations. But a tech startup in Silicon Valley, for example, lacks those resources and is more likely to seek opportunities in the private sector.

Every military service wants to be on the cutting edge of artificial intelligence, unmanned vehicles, robotics, cloud computing, and the like. And these emerging technologies are located increasingly in tech startups and the commercial space more generally.

Other Transaction Authority comes in particularly handy in this era of great power competition between the U.S. and China.

China easily can leverage tech innovation for defense purposes, because there is no distinction between its public and private sectors.

The Chinese defense industrial base (and Chinese industry as a whole) consists of mostly Chinese state-owned enterprises, all of which act at the behest of the Chinese Communist Party. This makes it easy to prototype and produce new military technologies.

The U.S., by contrast, has to answer questions that China never faces: How can we encourage companies to contract with the government when market competition gives them other, possibly better business options in the private sector? How do we broaden our defense industrial and innovation base when individuals and firms have the freedom to decline work for the government?

The United States’ free market might prevent it from manipulating the industrial and innovation base, but the free market is also the nation’s greatest asset. It is the best guarantor of flexibility and ingenuity.

Other Transaction Authority helps the Pentagon bring that flexibility and ingenuity into defense contracting—and with it a broader range of industry partners offering new technologies and innovation.

Successful Other Transaction Authority agreements have been made to fill needs for prototype 5G networks, IT-as-a-service prototypes, and even research satellite launches. And the number and value of these agreements likely will continue to grow as commercial sector technology continues to advance.

Other Transaction Authority’s flexibility and more businesslike practices allow the Defense Department to broaden its range of industry partners and to access new technology faster.

Besides, it’s better to read about the Defense Department doing business in a smarter and more efficient manner than to read about it buying coffee cups that cost $1,300. Such changes should be celebrated.