Meet the New Generation of Anti-Marketeers 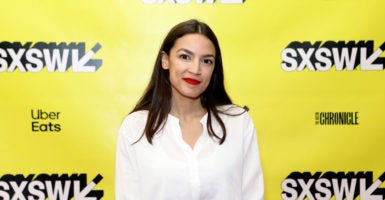 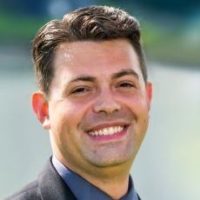 Noah Rothman is associate editor of Commentary, an MSNBC/NBC News contributor, and author of "Unjust: Social Justice and the Unmaking of America."

“To me, capitalism is irredeemable,” Rep. Alexandria Ocasio-Cortez, D-N.Y., declared amid the lavish surroundings of the 2019 South by Southwest conference. The present state of affairs in America is “garbage,” she added, because “if you don’t have a job, you are left to die.”

These are not the ravings of a beret-clad beatnik waxing nostalgic about the unappreciated virtues of Stalinism from the basement of a West Village dive bar. This is a member of Congress denouncing the free market from the stage of a fashion-forward conference sponsored by America’s wealthiest corporations and attended by its most successful influencers.

Ocasio-Cortez has become the standard-bearer of an ascendant wave of populist progressives who take a dim view of the marketplace.

She, and you, might be surprised to learn how many allies she has on the populist right. “Market capitalism is not a religion,” Fox News Channel’s Tucker Carlson declared in a viral riff in January 2019. “Any economic system that weakens and destroys families isn’t worth having.”

Once a fellow at the libertarian Cato Institute, Carlson now finds more to love in progressive prescriptions for government-managed growth than in the untrammeled marketplace. Carlson now makes common cause with Sens. Bernie Sanders, I-Vt., and Elizabeth Warren, D-Mass., even as he derides Sen. Mitt Romney, R-Utah, as a “mercenary” owing to the years Romney spent in venture capital.

These two popular figures may seem like polar political opposites, but they have settled on a consensus view that markets are undesirable or even dangerous. They are the leading indicators of an important intellectual and ideological tendency.

For him, capitalism and socialism are virtually indistinguishable “variants of liberalism, differing over means rather than ends.” A manifesto recently authored by the writers at First Things exemplifies this intellectual-populist attack on the market, denouncing as it does a “dead consensus” typified by “the soulless society of individual affluence.”

In this, First Things is joining with American labor organizations. The AFL-CIO, having long forgotten the exertions its leaders made in the mid-20th century to extirpate Marxists from its ranks, now tweets images of guillotines straight out of Pravda to protest objectionable labor practices, and it posts “anti-capitalist” educational videos that supposedly capture the all-consuming “conflict between workers and the owners of society.”

These strange bedfellows share an implicit belief that the free market is responsible for incredible suffering, systematic oppression, and unscrupulous profiteering that are literally putting the existence of the human species at risk.

For conservatives especially, the market is held to be the cause of crises such as substance abuse and suicide, and it is seen as contributing to the onrush of a decadent cultural liberalism that has accelerated the displacement and alienation of the American working class and its moral collapse.

The new generation of anti-marketeers appears wedded to a notion that there is something out there that must be better than what we have, that the global commercial culture can be and should be replaced. There must be other and fairer methods for structuring commerce that we would prefer if the powers that be would allow it.

This is ideologically blinkered ignorance, and we shouldn’t be afraid to call it so. Human civilization has attempted every form of social organization ever conceived. Free-market capitalism enjoys its present status because history has demonstrated it is objectively superior to its competitors. Capitalism’s critics have either forgotten the lessons of history or never learned them in the first place.

Privation and want entered a period of radical decline after the market revolutions of the late 20th century. Climate change—a source of existential dread for many younger Americans—is ameliorated by market forces as much or more than it is exacerbated by them.

Organizing a society around competitive impulses does not inevitably lead to atomization and social isolation. In fact, progressive alternatives to competition that are predicated on government intervention in economic life are likely to strain communitarian bonds. Families, churches, civic associations, activist organizations, schools, community centers—the sources of human fulfilment and belonging that exist independent of economic life—are crowded out of the public square by the ever-expanding state.

Markets create winners and losers, as every system of economic organization does. People who are displaced or underserved by the competitive environment deserve sympathy. They are the living, breathing counterpoint to the notion that a market system is uniquely superior to its alternatives.

But there is no society in which all evils are extirpated and every social malady remedied. There will always be trade-offs. Every society of appreciable size is economically stratified—even (perhaps especially) those societies that are officially classless. The task before anyone who believes we should live in a society that is as just as it is possible for a society to be is not to mourn the existence of those strata but to ensure that they are permeable.

The question before us is, as ever, what course of action delivers the best outcomes for the most people? Centuries of experimentation have provided us with the answer: competition and markets.

Conservative thought, which has always been comfortable with contradictions, has begun to fall prey to the unrealistic romanticism that traditionally typifies the idealistic left. Attempts to impose economic equality on a society do not end up maximizing individual advantage but universalizing hardship.

Markets are a force of nature; they can be harnessed, guided, and managed, but they cannot be suppressed. Those who have turned against the good of markets in pursuit of the idyllic perfection of a homogenized economic and political culture present a direct threat to the unprecedented peace and prosperity that followed the Cold War.

Both the right and the left have diagnosed today’s greatest threats to social cohesion correctly, and some of those threats are rooted in the workings of the incalculably complex market economy.

Efforts ranging from Ocasio-Cortez’s Green New Deal to Carlson’s monologues to the assault by First Things intellectuals on “the dead consensus” that are designed to undercut, subvert, or morally discredit the market in favor of something else—they know not what—will prove to be as inefficient, ineffective, and morally corrupting as they ever were.

Reprinted with permission from Commentary. Read the rest of Rothman’s essay, “Against the Anti-Market Consensus.”