Pot Pushers and Cartels Would Reap Benefits From This Bill 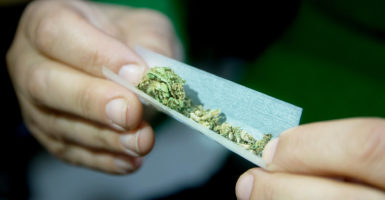 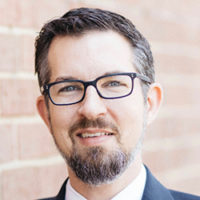 Interestingly, many House Republicans who claim to oppose marijuana legalization voted in support of the bill.

Some claimed the bill was a vote in support of the conservative principle of federalism. Others cited the inclusion of an amendment seeking to prevent a resurgence of Operation Choke Point, a controversial initiative that discouraged banks from doing business with firearms dealers.

Whatever their excuse may be, some House Republicans were hoodwinked in supporting this policy, and drug traffickers and cartel bosses naturally rejoiced. Senate Republicans should be wary of repeating the House’s mistake and potentially enriching criminal syndicates and cartels.

In states that have legalized the possession, use, and commercial sale of marijuana, black markets are raging. False promises of an eradication of the underground market for pot have been unmasked by the reality of more illegal activity, including exporting marijuana to non-legal states.

More concerningly, criminal gangs and foreign cartels are using the state-legal status of marijuana as a cover for running massive grow operations in housing developments and on federal lands.

In April of 2018, authorities in California raided 74 houses in the Sacramento area they claim were purchased by a Chinese crime syndicate. What’s more, these organized crime groups were found to be staffing these grow houses using human trafficking and indentured servitude.

According to California Gov. Gavin Newsom, illegal grows in Northern California are “getting worse, not better.”

In efforts to combat the out-of-control black market, Newsom pulled National Guard troops off the border to take down some of these massive grows. He even rolled out a multimillion-dollar, taxpayer-funded awareness campaign pleading for Californians to buy marijuana from licensed stores and not street dealers.

Many unlicensed operators have storefronts, run delivery services, and even pay for internet advertising. It is not far-fetched to believe they would also apply for bank accounts if given the opportunity.

On this front, a bipartisan group of four former Drug Enforcement Administration administrators and six former White House drug czars recently urged Congress to reject the SAFE Banking Act for the potential it has to expose the U.S. financial system to crime.

Of course, by opening the banking system to Schedule I drugs, Congress would be encouraging banks to participate in a crime that would still be an actively chargeable federal felony.

Our neighbor to the north, Canada, offers an early look at what we may soon face.

After the country legalized marijuana at the federal level last year, it was reported that several large-scale marijuana producers and offshore investing accounts have ties to organized crime and drug trafficking. A major auditing firm had to disavow all of its reports after a publicly traded company was caught illegally growing extra marijuana in secret grow rooms outside the terms of its license.

To be clear, the SAFE Banking Act (otherwise known as the “VAPE Banking Act” due to the terrible timing of this legislation with the THC vaping crisis) would bestow legitimacy to the marijuana industry, ensure its rapid expansion, and—according to law enforcement experts—open the financial system to money laundering and cartel operations.