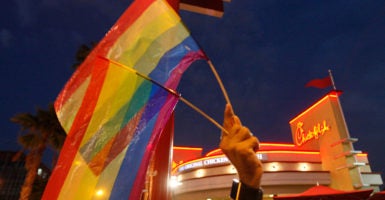 Kara Brown is a member of the Young Leaders Program at The Heritage Foundation.

Kianna Steadman is a member of the Young Leaders Program at The Heritage Foundation.

On this week’s episode of “Problematic Women,” we tackle the news you need to know in a rapid-fire format:

Get to know the hosts of “Problematic Women,” Lauren Evans and Virginia Allen, in a personal, unscripted interview. Their Heritage Foundation interns ask questions about their career paths, faith, what it’s like to be a conservative in Washington—and dating.

And we crown two Problematic Women this week—interns Kara Brown and Kianna Steadman. They share their advice to other young problematic women and what they’ve learned from working in The Heritage Foundation’s Communications Department.

Enjoy the podcast below.