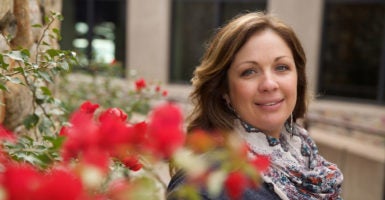 Because Lorie Smith believes that marriage is between one man and one woman, she only can lend her artistic talents to create websites celebrating that view. The state of Colorado denies this freedom. (Photo: Alliance Defending Freedom) 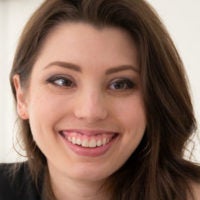 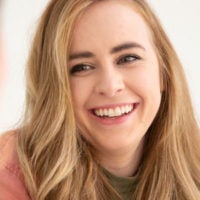 They say anything worth having is also worth waiting for. We should know. We waited over three years for the Arizona Supreme Court to rule that the city of Phoenix cannot use fines and jail time to force us to create custom artwork that violates our beliefs.

Issued in mid-September, that court decision was a major win not just for us and our Arizona-based art studio (Brush & Nib Studio), but for the freedom of all Americans.

As the Arizona Supreme Court recognized, our art studio serves everyone regardless of who they are. We just can’t convey certain messages or celebrate certain events, no matter who asks us to.

Other creative professionals exercise that freedom on countless subjects all the time. We just wanted the same freedom for the subject of marriage.

Our art studio decides what art to create based on the message of the requested art, not the requestor’s personal characteristics. But when we realized that Phoenix’s ordinance ignored this distinction and would force us to create artwork promoting same-sex marriage in violation of our beliefs, we had no choice but to file suit.

The Arizona court ruled in our favor because it recognized that disagreement with certain views is not discrimination against a class of persons. Yes, we can disagree on certain things and still respect and serve each other. And yes, we can disagree with each other without the government forcing us to say things that violate our core convictions.

The Arizona Supreme Court’s ruling in favor of artistic freedom sent an unmistakable signal to courts all over the country that “the guarantees of free speech and freedom of religion … are for everyone.” These are timeless principles that should apply coast to coast.

Yet, even in the midst of our victory, we are reminded that some, like our friend Lorie Smith, are still waiting for their turn for freedom.

Lorie is a wife, mother, artist, and entrepreneur in the Denver area. For over a decade, Lorie has offered her graphic arts and web design services through her web design studio, 303 Creative.

As a Christian, Lorie takes great joy in working with all kinds of clients. She serves all people, but she cannot create all messages that are requested of her.

For example, she states on her website that she is “always careful to avoid communicating ideas or messages, or promoting events, products, services, or organizations, that are inconsistent with [her] religious beliefs.”

So if a local pro-life pregnancy center reached out to Lorie to design a website discussing the group’s pro-life views, she’d be more than willing to take on the project. If, on the other hand, Planned Parenthood requested a website promoting abortion, she would politely decline.

She just wants that same freedom to choose what messages she conveys about marriage. Because Lorie believes that marriage is between one man and one woman, she only can lend her artistic talents to create websites celebrating that view. Yet the fact that Lorie wants to make artistic decisions consistent with her faith makes her a target for punishment by the Colorado Civil Rights Commission.

Yes, that Colorado Civil Rights Commission. The one that sought not once, but twice, to punish Masterpiece Cakeshop owner Jack Phillips under the very same law.

In fact, the commission even reads the law to ban Lorie from explaining, on her own website, her religious beliefs about marriage and why she can’t create websites celebrating same-sex marriage. So the website designer is no longer free to speak on her own website.

You don’t have to agree with Lorie’s views to see that your freedom is at stake along with hers. “After all,” as the court in our case put it, “while [y]our own ideas may be popular today, they may not be tomorrow.”

So a government that can threaten Lorie today can threaten you just as easily tomorrow. That’s not freedom, and that’s why Lorie will continue to seek a just ruling in court.

We are hopeful her journey ends the same place ours did—a place with freedom for everyone.