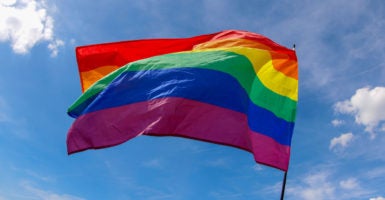 The Trump administration has made good on its promise to implement pro-life policies throughout the federal government, including in America’s foreign policy and in humanitarian aid.

But those advances could be dealt a crippling blow as a result of a compromise by Senate Republicans, who are cooperating with an underhanded attempt to stymie the administration’s efforts through controversial additions to must-pass appropriations bills.

In addition, the administration has expanded the availability of funding to pro-life and faith-based aid organizations that the Obama administration excluded from participation in programs at the U.S. Agency for International Development because of their views on abortion, marriage, and gender identity.

Over the summer, the White House and congressional leadership from both parties reached an agreement regarding the budget and appropriations process, including an agreement that neither side would include so-called poison pill policy riders that did not have bipartisan support.

Abortion-related amendments historically have been understood to clearly violate such agreements, and the inclusion of controversial language on sexual orientation and gender identity should also fall into this category.

But prior to the Senate Appropriations Committee’s Sept. 26 vote on the funding bill for the State Department and foreign operations, Sen. Jeanne Shaheen, D-N.H., threatened to offer an amendment reversing the Trump administration’s Protecting Life in Global Health Assistance policy.

In order to avoid a vote on this amendment, which could have passed the committee, Republicans on the panel agreed to add new language proposed by Shaheen to the bill.

That language, released just minutes before the scheduled committee markup, represents an attempt to work around the administration’s prohibition on international abortion funding by providing $665 million for “family planning and reproductive health care”—which would go to groups that promote abortion.

The new amendment, ultimately adopted as part of the final bill, also enshrines problematic language on sexual orientation and gender identity and hinders the administration’s efforts to expand USAID funding to pro-life and faith-based groups.

One provision requires the agency to inform Congress if any group that receives funding has been found to violate an Obama-era regulation interpreting sex discrimination as including sexual orientation and gender identity.

The Supreme Court is considering whether Title VII of the Civil Rights Act’s prohibition on sex discrimination includes sexual orientation and gender identity. This new language, if passed into law, could undermine the Justice Department’s argument in Harris Funeral Homes v. EEOC that Congress has not previously affirmed that reading of the law.

The Shaheen amendment also requires creation of a “shame list” by requiring reporting to Congress that would expose pro-life and faith-based recipients of USAID funding to complaints that they refuse to comply with Obama administration regulations requiring them to make referrals for abortion and endorse radical sexual orientation and gender identity ideology.

The Shaheen amendment is only one aspect of this troubling compromise by Senate appropriators, however.

The committee report attached to the bill, which contains instructions on how funds are to be used, recommends an increase in funding for the lesbian, gay, bisexual, transgender, and intersex portfolio in USAID’s Human Rights Division.

Countries found to engage in “official government discrimination” against LGBT individuals could lose access to USAID funding. It’s unclear whether that includes countries that define marriage as between one man and one woman or whose laws define sex as binary and biological.

Finally, the report requires creation of a pilot program to align women’s economic empowerment programs with global health programs that include family planning and reproductive health.

That appears to be an attempt to tie funding for programs such as the Women’s Global Development and Prosperity Initiative, which focuses on enabling women around the world to support themselves and their families, to promotion of and funding for abortion.

The Senate should uphold its end of the bargain made with the White House last summer. That stipulates no funding for abortion-promoting groups, no radical redefinition of marriage and gender, and no shady attempts to implement such policies through a process that’s meant to exclude them.