How California and Foreign Carmakers Got in Bed to Keep Crony, Obama-Era Rules 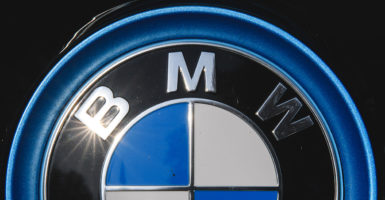 California has mustered a coalition of mostly foreign carmakers, like BMW and Volkswagen, to try to block the rollback of Obama-era fuel economy standards. (Photo: Sebastian Gollnow/picture alliance via Getty Images) 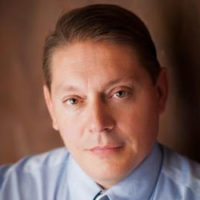 I’m old enough to remember when businesses fought overregulation because it was bad for their bottom lines. That has changed. Now, overregulation is a profit center.

There is no better example of this than the ongoing effort to stop the Trump administration from rolling back the ridiculous automobile fuel economy standards issued by the Obama administration in 2012.

Carmakers had originally rolled over for the Obama administration on the stiff standards because, well, 2025 was a long way off and the government had just bailed them out as a result of the financial crisis of 10 years ago.

The Obama standards are impossible to achieve through any existing or foreseeable (and affordable) technology. The only way automakers can meet these standards is to sell a much greater number of electric vehicles and hybrid vehicles—i.e., smaller, more inconvenient, and less powerful cars with limited consumer appeal and demand.

The rollback is estimated to reduce car prices by an average of about $2,300 and reduce traffic accidents and injuries. After all, newer cars are safer cars, and the average age of a car on U.S. roads is about 12 years.

You would think that carmakers would applaud such a move since it would allow them to sell more of the highly profitable SUV and crossover vehicles that consumers want.

But that’s not exactly how things work in the era of the overregulatory state.

Upset that the Trump administration has proposed to revoke California’s unconstitutional power, California has mustered a coalition of mostly foreign carmakers (BMW, Ford, Honda, and Volkswagen) to oppose the rollback of the Obama standards.

What’s at work is an unholy combination of power, greed, and green posturing.

Because the state has the fifth-largest economy in the world, Greens see California as a wholly-owned power center of theirs that can drive national, if not international, environmental governance. They are obviously loathe to give up such power.

Automakers don’t mind regulations as long as they help sell more expensive cars. Emissions control technology is just one more product for a carmaker to mark up.

Both the automakers and the California government are camouflaging their true motives by pretending that higher fuel economy standards are saving the planet from climate change.

Even if you believe what the United Nations claims about carbon dioxide emissions causing harmful global warming, the Trump administration proposal would only increase atmospheric carbon dioxide levels by an estimated 0.08% more from the estimated Obama rules.

That difference in carbon dioxide level translates into an estimated temperature difference of about 0.003 degrees Celsius—a difference that is not even detectable. The proposal would also have no detectable impact on U.S. air quality.

California (i.e. the radical green movement) doesn’t care about consumers, the environment, or anything else but holding onto its illegally-gotten power over the car market.

Foreign carmakers have so far opted to side with that un-American agenda. Consumers may want to keep that in mind.