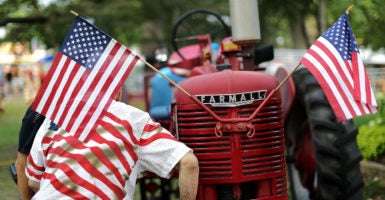 There was some good news Wednesday on the agricultural trade front.

If the agreement goes into effect (the agreement is not yet final), American farmers and ranchers will soon find it easier to export their goods to Japan, the third-largest U.S. agricultural export market in 2018.

Japan moved up from fourth place, overtaking China, whose rank has gone down as a result of the trade dispute.

According to the Office of the United States Trade Representative:

For many commodities, the agreement will require Japan to treat U.S. producers equally with producers from other major Japanese trading partners such as the EU, Australia, and Canada. As explained by the American Farm Bureau Federation:

Under the agreement, Japan will place the same level of agricultural tariffs on U.S. goods as it places on CPTPP countries [Comprehensive and Progressive Agreement for Trans-Pacific Partnership countries] and the EU. By way of example, the 38.5% tariff on U.S. beef will fall to the 26% placed on beef from Australia, Canada and the EU. Some other foods such as duck, geese, turkey peaches, melons and more would enter duty-free.

However, the agreement doesn’t address improving market access for key U.S. commodities such as rice and soybeans. (Soybeans already enter the Japan market duty-free and rice was not addressed by the agreement.)  Soybeans have been hit especially hard by China’s retaliatory tariffs (soybean exports to China accounted for 57% of total soybean exports in 2017; that number dropped to 18% in 2018).

However, many commodities such as pork, vegetables, and dairy that have been significantly impacted by China’s retaliatory tariffs would benefit from this new agreement with Japan.

For many American farmers and ranchers, agricultural trade is a necessity, since they produce more than they can sell domestically. Free trade makes it possible for them to find customers outside the U.S. for their production and to expand into new markets. This new agreement will help farmers and ranchers better reach the critical Japanese market.

Agricultural exports, as explained by the U.S. Department of Agriculture, also have significant economy-wide benefits:

As part of the agreement, the U.S. will also eliminate or reduce tariffs on numerous Japanese imports, including green tea, soy sauce, and chewing gum. The affected import categories had a value of $40 million in 2018.

Ultimately, this agreement is a good step forward in helping to liberalize agricultural trade.

This new agreement shows that negotiation can lead to important results in promoting the freedom to trade.

Trade is often discussed in connection with how it affects countries, but, as a general matter, trade is truly about the freedom of individuals and businesses to voluntarily exchange goods and services with customers.

As a general principle, American farmers and ranchers, just like other businesses, should be free to sell to customers all over the world, including Japan. Further, consumers should be free to purchase goods and services that best meet their needs, regardless of national origin.

Government-imposed barriers, such as tariffs imposed by Japan or the U.S., undermine these freedoms. As the U.S. works through trade challenges, this principle of freedom to trade should be front and center.

According to the Office of the United States Trade Representative, “President Trump and Prime Minister Abe have agreed that these early outcomes will be followed by further negotiations to address remaining areas of interest to each government.”

More free trade with Japan, including agricultural trade, shouldn’t end with this agreement.