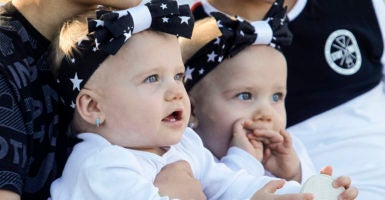 Twin-to-twin transfusion syndrome is a life-threatening condition for both babies, caused by connections in the blood flow between identical twins who share one placenta. (Photo:Pavlo Gonchar/SOPA Images/LightRocket/ Getty Images) 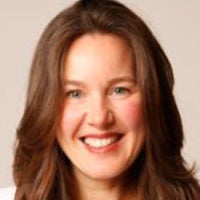 Earlier this year, parents in North Carolina faced heartbreaking news in the second trimester of pregnancy—their twin girls had developed a disease called twin-to-twin transfusion syndrome, a life-threatening condition for both babies, caused by connections in the blood flow between identical twins who share one placenta.

That leads the smaller (donor) twin to pump blood to the other, larger (recipient) twin. If left untreated, advanced forms of the disease are fatal between 80% and 100% of the time.

The news was devastating, and the potential outcome for both babies was grim. But the medical team at the Charlotte Fetal Care Center offered a glimmer of hope.

They could perform laser surgery on the placenta to correct the defect, while the twins remained in their mother’s womb. If performed promptly (the next day), the surgery could significantly increase the odds that one or both of the baby girls would survive.

The North Carolina couple decided courageously to embrace this lifesaving treatment. Dr. Courtney Stephenson performed the in-utero surgery on the babies at 21 weeks, and even with some unexpected turns during the procedure, both girls survived with no lingering health issues. A news account can be found here.

Fetal surgery, in which babies receive lifesaving treatment while in the womb, is one of the next frontiers of medicine.

The first procedure used to treat twin-to-twin transfusion syndrome was pioneered and performed in 1988 by Dr. Julian E. De Lia in the United States. Opportunities for intervention have markedly improved since then, but the underlying goal has remained the same; namely, stop progression of the disease and optimize outcomes for both babies.

Fast-forward 30 years, and this minimally invasive surgery—formally called fetoscopic laser ablation—is now the preferred treatment, particularly when the disease is identified in its early stages, for patients between 16 and 26 weeks’ gestation.

The advanced technology uses endoscopes (small fiber-optic guided instruments) and one small incision to seal off the blood connection between the twins. Mom and both babies are under anesthesia, and the entire operation lasts less than two hours and requires only a one- to three-day hospital stay.

It is routine that women with twin pregnancies at increased risk of developing twin-to-twin transfusion syndrome receive increased surveillance to catch the disease in its early stages, should it develop. Women should be referred to a maternal-fetal medicine specialist for this close monitoring and for review of the options for treatment, including fetoscopic laser ablation.

Yet women still report instances where this procedure was not offered to them. In a recent study, one woman reports, “My [maternal-fetal medicine specialist] told me to abort babies and that laser was not an option for me … . I had surgery after I found a clinic … on my own, and both babies survived and are healthy.”

A 2017 Vice article describes a pregnancy with twin-to-twin transfusion syndrome to argue in favor of abortion beyond 20 weeks, with no mention of the latest treatment modalities in fetoscopic laser surgery.

Termination of one baby, called selective fetal reduction (or selective feticide), regrettably remains an option for babies with twin-to-twin transfusion syndrome, despite the fact that laser surgery has a proven record of saving both babies at all stages of the disease.

Selective reduction is rare and typically offered as a last resort in the presence of severe problems affecting one of the babies. In this procedure, cord blood flow to one twin is surgically blocked, causing death to that twin with the purpose of trying to improve the outcome for the other twin.

Studies have shown that selective fetal reduction offers no better outcome, with maximum survival of 50% for one twin, a rate much lower than laser surgery with a higher than 80% survival of one or both babies. And this termination procedure will guarantee 0% survival for at least one twin.

Furthermore, it can be hard to define which fetus has the worse prognosis.

A study in the Netherlands reported intentional fetal and neonatal demise in almost 10% of all twin-to-twin transfusion syndrome pregnancy cases, due to abortion, fetal reduction, and withdrawal of neonatal intensive care. A study in India reported performing fetal reduction up to 27 weeks of pregnancy, with survival rates still no greater than laser ablation procedures.

A 2019 U.S. study reported that the majority of twin-to-twin transfusion syndrome patients referred to a single surgery center in California for fetal therapy underwent fetoscopic laser ablation (96.4%), but a small percentage still opted for selective feticide (0.8%). Of those patients that did not undergo any form of fetal therapy, 42.6% terminated both twins.

Twin-to-twin transfusion syndrome is a particularly challenging and dynamic disease, with progression that is often unpredictable. Some cases remain stable throughout pregnancy, or even regress, while others develop quickly with rapid deterioration of twins within days.

The aforementioned U.S. study also highlights the critical role of time and suggests that the rapid progression of twin-to-twin syndrome, along with delays between diagnosis and treatment, contributed to a subset of women becoming ineligible for fetal surgery and resulted in fetal demise.

Clearly, there is a real need for immediate consultation in these women to determine eligibility for laser ablation surgery to give them the greatest chance of survival for their babies.

Resources such as the TTTS Foundation and Be Not Afraid can offer help to women in crisis who need immediate attention.

The story out of North Carolina is a beautiful reminder that amid the pain and despair in receiving a diagnosis of twin-to-twin transfusion syndrome, there is real hope of survival with fetal surgery.

It just takes a courageous medical team to do everything it can to give both babies the chance at life they so desperately deserve.

Physicians who remain diligent in following advances in this and other types of lifesaving fetoscopic surgery to treat a previously incurable disease can drastically improve outcomes for families and contribute to the advancement of medical science in the 21st century.