A US Victory at the Universal Postal Union 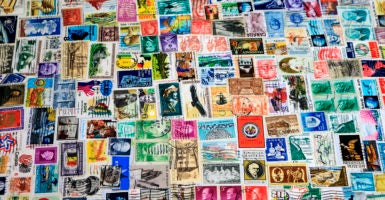 The central purpose of the Universal Postal Union is to facilitate mail and package delivery between countries by setting the rules for international postage. (Photo: Education Images/Universal Images Group/Getty Images)

Numerous articles have criticized the Trump administration over its policy toward the United Nations and other international organizations.

In particular, they assert that U.S. decisions to reduce funding and leave various international agreements have opened the door for the Chinese to increase their influence.

When U.S. policy is disjointed, such as when the administration proposes cuts to U.S. contributions untied to policy objectives, American influence is indeed blunted or lessened.

However, as we saw at the Universal Postal Union this week, the U.S. uses its influence to demand specific policy changes, including threats to withdraw or withhold funding, it remains a powerful and effective player.

The central purpose of the Universal Postal Union is to facilitate mail and package delivery between countries by setting the rules for international postage.

Under the current system, when a person or business mails a letter or small package to another country, the postal operator in the sending country charges for postage and pays the postal administrator in the destination country for its portion of the cost for processing and delivery.

Under Universal Postal Union rules, these “terminal dues” on small packages are lower for developing countries, which are grouped based on their level of economic development.

The Universal Postal Union adopted this tiered system to lower the burden on developing countries and facilitate their participation in international commerce and postal exchange.

Originally seen as a relatively minor effort to promote development, this policy has become a significant economic distortion in the age of international e-commerce.

Some countries, including China, take advantage of the Universal Postal Union subsidized shipping rates to give their businesses a cost advantage.

For instance, Chinese merchants are able to ship small packages to the U.S. at far less cost than U.S. merchants can ship domestically, which can make U.S. businesses uncompetitive.

According to 2015 testimony from Paul Misener, vice president for global public policy at Amazon.com, “[S]hipping a 1 pound parcel to New York City would cost nearly $6.00 from Greenville, South Carolina, but only $3.66 from Beijing. At high volumes, especially for low-priced items, such dramatic shipping cost differences can make or break a small e-commerce business.”

To address these issues, the U.S. sought changes to the system that would restore a fair and nondiscriminatory system that avoids preference for foreign mailers of domestic mailers and “fully reimburse the [United States Postal Service] for costs to the same extent as domestic rates for comparable services.”

Threatening to leave the Universal Postal Union was dramatic, but it succeeded in getting the attention of other member states.

The Universal Postal Union held a special conference in April to discuss postal reimbursement. The initial proposal of the U.S. sought to allow countries to immediately set their own rates for package delivery to allow for full reimbursement from foreign shippers. The Universal Postal Union membership considered the U.S. proposal and two other options.

The original U.S. proposal, which would have let countries immediately adopt “self-declared rules” on reimbursement, was rejected 78-to-57 at an Extraordinary Congress held this week.

However, by unanimous decision, the Universal Postal Union member states did agree to allow “member countries that meet certain requirements—including inbound letter-post volumes in excess of 75,000 metric tons based on 2018 data— … to opt-in to self-declare their rates starting 1 July 2020.”

The compromise protects developing countries with low mail volume from negative impacts, but provides a means for the U.S. to increase postal reimbursement for high-volume developing countries like China that exploit Universal Postal Union subsidized shipping rules. With this compromise approved, the U.S. will remain a part of the Universal Postal Union.

As stated by Peter Navarro, assistant to the president of the United States and director for trade and manufacturing policy, who led the delegation:

Today a White House team working closely with the director general of the Universal Postal Union and a broad coalition of friends and allies in the UPU has more than achieved the president’s goal.

The U.S., which handles about half the world’s mail, was in a strong position to demand changes and worked for months with other nations to make its concerns clear and secure support for changes to address its concerns.

If the U.S. is to see similar success in other U.N. reform efforts, such as reducing its peacekeeping assessment to 25%, it will likewise need to dedicate time, skill, and pressure to achieve it.