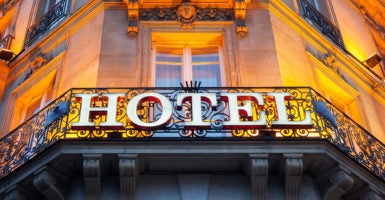 The American Hotel and Lodging Association is backing a bill in Congress that would place onerous regulations on a narrow group of competitors, like Airbnb and HomeAway. (Photo: BrianAJackson/Getty Images) 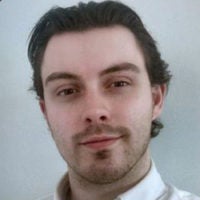 Robert Winterton is the director of communications for NetChoice and a Young Voices contributor.

Earlier this month, Rep. Ed Case introduced a bill that would make finding accommodation on your next getaway more expensive—regardless of where you choose to stay.

Why? It turns out hotels don’t like your cheap stays with Airbnb and HomeAway, and they’re lining up behind this bill to run those platforms off the market.

The Hawaii Democrat calls it the “PLAN Act,” short for Protecting Local Authority and Neighborhoods. The bill would amend a crucial internet provision called Section 230 of the Communications Decency Act—the law that enables online services to host large amounts of user-created content without bearing liability for that content.

Despite hotels enjoying record-breaking levels of capacity, the American Hotel and Lodging Association is pushing for this bill, which would prevent online services that list short-term rental owners from receiving the benefits of Section 230.

The PLAN Act would make it much harder for online platforms like Airbnb and HomeAway to exist, and therefore reduce competition for accommodation, allowing big hotel chains to raise their prices.

First, it would ensure that these platforms are held liable if their users, who list properties on their platforms, fail to comply with local laws or requirements—such as a requirement to hold a short-term rental license. Under current law, only the users are penalized for such violations, not the platforms.

The PLAN Act would transfer that punishment onto the platform itself.

But this change would only narrowly apply to short-term rental sites. It would leave in place the Section 230 protections for all kinds of other online platforms, like Yelp, TikTok, and Facebook. For example, if a user calls for violence against someone via a Facebook post, the user is held responsible, not Facebook. That would continue under the PLAN Act.

Why the difference in treatment? Because it seems that the hotel lobby, which is pushing the bill, just wants to put its competitors at a disadvantage.

The PLAN Act would put short-term rental properties, like Airbnb, in a very difficult spot. They would have to take heavy precautions to avoid litigation by getting very strict about who they allow to list rentals, resulting in fewer listing options for customers.

They would also be responsible for making sure hosts comply with any and all local laws and regulations. (There are nearly 90,000 local jurisdictions across all 50 states.)

This would devastate these platforms—and that’s the point.

While the hotel lobby might claim it’s simply concerned that these rental properties comply with local laws, there’s a much more likely and obvious purpose on their part: to push new competitors off the market.

Hotels have much to gain from getting the law to hurt their competition. As Jon Bortz, CEO of Pebblebrook Hotel Trust and board member of the American Hotel and Lodging Association, said in 2015, Airbnb’s low prices hurt his company’s “ability to price at what maybe the customer would describe as sort of gouging rates.”

And, contrary to the claims of the hotel lobby, short-term rental platforms do care about compliance with local rules. That’s why they work with local authorities to make it easier for hosts who use their services to comply with local rules.

It’s by no coincidence that the PLAN Act was introduced just a few days before the American Hotel and Lodging Association flew its members to D.C. to lobby Congress during its annual Legislative Action Summit.

If they get their way, you might be left with far fewer accommodation options on your next vacation—and as a result, hotels will be able to charge you more to stay.

Hotels may not like short-term rentals competing with them, but the competition is ultimately what serves consumers. Without these rental options, lack of competition would lead to higher prices and lower-quality rooms.

The hotel industry has its own interests, but they should be of no special concern to Congress. Rather than picking winners and losers, Congress should let the competition play out—letting travelers pick from a wider, and more affordable, range of options.