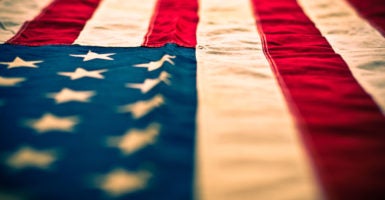 In a series of high-profile exchanges, conservatives are returning to first principles, reconsidering how best to protect and promote human dignity and the common good.

This is to be applauded. Still, the way in which this reconsideration is taking place should itself be reconsidered.

The typical framing of the debate runs something like this. Either you support a substantive, morally informed conception of the political common good, or you support the putatively purely formal procedures of political liberalism.

These are false dichotomies.

This discussion is best understood not as an “either-or” but as a “both-and.” The essential intellectual work involves thinking through how to understand the “and” at the theoretical level, and then fleshing out how to embody and implement that “and” at a practical level.

American conservatives need to figure out how to understand the relationship between the substance of the common good and formal political procedures, between public morality and civil liberties.

Assuming that we must make a choice between each of these pairs is fundamentally misguided, because it fails to recognize the many ways in which formal procedures serve the common good, and are, indeed, part—but not the whole—of its substance. It fails to see that both public morality and civil liberties are crucial to the political common good.

In the forthcoming fall issue of National Affairs, Robert P. George and I sort through some of these theoretical questions. We explain how rejecting Lockean, Rawlsian, and various supposedly “neutralist” forms of liberalism as philosophically misguided, which we do, need not—indeed, should not—lead us to reject certain political institutions that carry the label “liberal.”

We argue that, for example, the political institutions and practices surrounding property rights, the free exercise of religion, and the freedom of speech are justified because of—and hence limited by—the demands of justice and the common good.

These so-called liberal practices have a more secure foundation in a political theory flowing from the Aristotelian-Thomistic tradition of thought.

This requires us, however, to consider “human nature” in two distinct ways.

First, we must consider human nature in terms of human flourishing, and its constitutive aspects, and ask in which ways political authority can effectively protect and promote human well-being.

Second, we must consider human nature in terms of human fallibility and fallenness, and ask in which ways political authority can be misused to undermine human flourishing.

Because objective good and bad, right and wrong, will not always track with public opinion, popular vote, and government administration, political theory is more than just applied moral theory, for it necessarily concerns how political power is to be structured.

Political theory requires not only knowledge of the ends of governance—the common good—but knowledge of how best to deploy and structure means to arrive at those ends.

In other words: The various structures and procedures of government, if they are justified, should exist precisely to help effectively promote the common good.

Certain rights and liberties are constitutive aspects of the political common good—the rights to life and religious liberty, for example—while other rights and liberties are important procedural protections that overall and in the long run tend to best promote the common good in practice—freedom of the press and private property rights, for example.

Certain rights and liberties should be understood as important substantive aspects of the common good, and others as important procedural constraints that prevent the abuse of governmental authority.

As we explain in National Affairs, this entails that certain political rights aren’t absolutes but can take a variety of forms. There is no uniquely correct institutional arrangement or structure, and philosophy or theology alone can’t provide the answers to political questions.

Historical experience, prudent prediction, and technical expertise are all required to take sound philosophical and theological principles and embody them in law and policy to best promote the common good here and now.

Again, it is critically important that we avoid offering ourselves false alternatives, when in reality the important work is in thinking about which procedures best serve the common good and how civil liberties and public morality can coexist and even reinforce each other.

We must also avoid supposing that theoretical claims about the purpose of government could, on their own, provide answers to the questions facing us today.

Showing that John Locke was wrong—as he was in crucial respects—about the nature and content of the political common good can’t tell us what’s the right thing to do here and now.

Politics is practical. It’s concerned with how we should order our lives together in the concrete, given all the givens. It’s directed at action, not abstraction. Thus, it must be concerned with practicalities.

How, here and now, given the composition of this nation, its history, its beliefs, its pluralism, diversity, and disagreement, should we structure government power (constitutionalism) and exercise it (governance)?

What procedures, overall and in the long run, are most likely to produce substantively just outcomes, to effectively promote the common good—a good that does not consist only in preserving the liberty of everyone to pursue his or her purely private, subjective conceptions of the good?

Having rejected the liberty-only conception, how do we define the common good of this particular people at this particular time? Answering these questions requires not just theoretical knowledge, but practical wisdom.

This is crucial, given the challenges facing conservatives today. Given all the givens—the deep political divisions among the American people, the widespread disagreements about morality, and the deeply divergent public opinion on some of the most central questions of human identity and sexuality, in particular—how do we best exercise government authority to protect and promote the common good?

Too much of the current debate has centered on President Donald Trump—relitigating the 2016 election and jockeying for the 2020 election. But what can and should be done now so that when an administration more hostile to conservatives’ moral convictions takes power, it does as little damage to the common good as possible?

What can and should be done now to prevent the next administration from issuing another “Dear Colleague Letter” imposing a transgender bathroom policy on every school in the nation? (Answer: The Civil Rights Uniformity Act, clarifying that the word “sex” in our nation’s civil rights laws does not mean “gender identity.”)

What can and should be done now to prevent the next administration from shutting down Catholic adoption agencies or revoking the nonprofit tax status of evangelical colleges that don’t endorse same-sex marriage? (Answer: A more robust version of the First Amendment Defense Act.)

Perhaps the best way to show how proper procedures can serve the common good is to take an example outside politics.

Consider the academy and the intellectual virtues and procedures for arriving at the common good of knowledge of the truth.

To become a scholar, one submits to an apprenticeship in learning. One follows certain procedures in terms of curriculum, language requirements, examinations, and original research—all of which are meant to help develop a certain disposition and temperament to love truth more than opinion or personality, and to actually acquire certain knowledge of truth and the skills to continue acquiring such knowledge for a lifetime.

These virtues and procedures apply not just to students but to professors, too.

If you want an academy to be more than an indoctrination camp, you need scholars who have the requisite knowledge and a breadth and depth of wisdom that goes beyond narrow specialization. You want those scholars to have good judgment and an appropriate temperament for discussing ideas.

You want the scholars to be free to follow their research—the evidence and the arguments—wherever it leads them.

Thus, you want a variety of academic freedom protections, and you want to reward meaningful scholarship and teaching, not academic clickbait meant only to add a line on a CV.

Alas, the debate about the future of conservatism has not sufficiently embodied these intellectual virtues or procedures (nor, alas, does the contemporary academy—but that’s a subject for a different essay).

As a result, a discussion of ideas has come across to the public as something of a food fight among conservative writers, despite the fact that the leading participants in the debate are morally and intellectually serious people who have made important contributions to the discussion of urgent issues in contemporary law and politics.

David French, Sohrab Ahmari, and others who are debating the future of conservatism at this pivotal moment are right to think that the challenges facing our nation are grave. They are also right to suppose that contemporary progressivism, which is becoming increasingly dogmatic and authoritarian, represents a serious threat to both substantive and procedural justice.

While neither French nor Ahmari is entirely correct, we need not feel forced into cheering for one side or the other, into viewing this as a matter of “teams.”

We conservatives need to keep the main focus on ideas, not personalities. We need to think prudently about practical steps we should take—here and now, given all the givens—that will promote the common good.

We need to exercise the intellectual virtues that allow us to arrive at knowledge of the truth through the give and take of argument in community. And thus we need to engage each other both robustly and charitably.