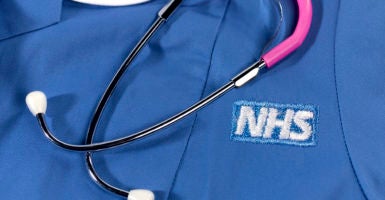 DUBLIN—”When would you like to schedule your knee replacement surgery?” asked my American doctor before I left for Ireland?

I gave him a date that works for me (I’m calling it the result of an old basketball injury, not advancing age). His office scheduled it for that date.

Contrast this with a headline in the Irish Independent newspaper: “Surgery delays are ‘cheating elderly out of precious time.'”

While I’m not ready to claim “elderly status,” the story is a preview of what could happen in the U.S. if enough of us buy into the notion that government knows best when it comes to our health and longevity.

The head of the Irish Medical Organization, Dr. Padraig McGarry, is quoted as saying that older people are frequently waiting well over two years just to see a specialist before being consigned to another waiting list for surgery.

Ponder that for a moment. How would you react should your current doctor (assuming you are allowed to keep him/her) tell you to get in line and wait until further notice?

And Ireland isn’t even a part of Britain’s National Health Service. They’ve got their own system, part public, the Health Service Executive, and part private option. It’s the public system wherein the problems lie.

The most recent figures examined by the newspaper found 564,829 patients in the queue to see a specialist and another 68,807 patients waiting to have surgery.

Ireland’s population is less than 5 million. The population of the United States is just over 329 million. If tiny Ireland can’t make it work, what makes so many of our politicians think it will work in the U.S.?

Across the Irish Sea, the U.K. has its own horror stories about health care run by the government. Canadians who can afford it often come to the U.S. rather than wait for their government to approve and schedule surgery.

Adding to the dysfunction is the overregulated Irish system in which people don’t want to become doctors or serve in other health care capacities. Low pay is only one reason.

According to the Independent, there are “527 vacancies for hospital specialists,” as well as a “pay gap between newly recruited consultants and longer serving colleagues.”

The question endures: With governments doing so few things efficiently and at reasonable cost, why do so many turn to it first?

Government has become its own type of religious cult. No matter the evidence to the contrary, many people continue to place their faith in it.

People who see government as a cure-all don’t always practice what they preach. We’ve seen that with some environmental activists who promote certain forms of transportation and alternatives to fossil fuels, along with more restrictive gun laws, while transporting themselves on gas-guzzling private jets and in SUVs, accompanied by armed guards.

One of the latest examples of such hypocrisy is the aging rock star Mick Jagger, who, as a British citizen, has access to his country’s National Health Service.

Jagger apparently believes the National Health Service is for the “little people,” as the late hotel magnate Leona Helmsley said about income taxes.

When Jagger needed a heart valve replacement, he didn’t wait in line like so many others in Britain; he had the surgery in the United States. After recovering, he added criticism of President Donald Trump to his concerts, citing specifically the current administration’s policies on the environment and immigration.

How’s that for gratitude?

If I had to choose between the National Health Service and American health care, I’d stick with the system, if the government allows, where appointments can be made and kept and the only wait is in the doctor’s outer office.