Fellow Lawmakers: Your Minimum Wage Bills Only Hurt Our Country 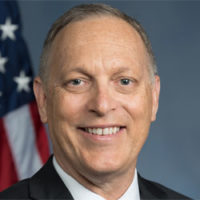 Democrats initially wanted a $15 federal minimum wage, which recently passed in the House of Representatives. Now, some are calling for $20 per hour.

Both policies would backfire on Americans in a major way.

The Congressional Budget Office recently estimated that if the $15 minimum wage became law, up to 3.7 million jobs could be eliminated by 2025.

In pushing for this radical policy, Democrats are turning a blind eye to the obvious harm it would do to ordinary Americans—including people in my district.

I recently met with the owner of one of my favorite restaurants in my district. Almost 10 years ago, with virtually nothing and on the verge of bankruptcy, he and his wife opened a small breakfast eatery.

For the first several years, they worked 20 hours a day, seven days a week to make their business successful. The fruit of their hard work is the success they enjoy today. They now employ more than 125 people and have expanded to several locations.

Yet, despite all they’ve overcome, they now face a new obstacle. Arizona recently passed a substantial increase in the state minimum wage. This is driving up labor costs for my friends and many of the other small businesses I’ve been meeting with.

The result has been fewer hours on the job for workers, and in some cases, fewer new employees being hired. Many restaurants are now choosing to employ technology over human beings.

Fortunately, because of Republican-led tax cuts and reduced regulations, many businesses have seen fantastic growth, mitigating against the negative impacts of mandatory minimum wage increases at the state level.

But that isn’t where the story ends. The suppliers to businesses have had to deal with increased labor costs as well. The bread and egg suppliers are having to pay more for labor, and they’re passing those costs on to consumers. Food distributors are providing notice of increased prices.

In the hyper-competitive restaurant marketplace, it isn’t easy to jack up prices on consumers. Instead, their already-narrow profit margins are cut even further, when those same margins could have been used to expand the business, buy more equipment, or hire more employees.

Most Americans work for small businesses. That’s a context most members of Congress don’t understand.

When lawmakers who have never worked in the private sector or had to write a paycheck to employees propose job-killing measures—like the $15 minimum wage (let alone $20)—it means more entrepreneurs will be sidelined, and fewer young, unskilled, and inexperienced workers will get a chance to start out.

When the government intervenes in the marketplace, it distorts the market and prevents the natural achievement of equilibrium—when supply and demand match up to create prices.

A natural labor shortage would invariably lead to higher wages for workers and better working conditions. But regulating prices—as with the minimum wage—creates an artificial labor scarcity, and demand cannot be met.

I urge my colleagues to reject any further tampering with the labor marketplace through an increase in the federal minimum wage.