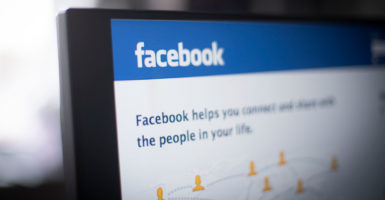 Facebook has a long way to go in reclaiming the trust of conservatives, according to an interim report on the social media giant’s liberal bias overseen by a former U.S. senator.

“Many conservatives lost trust in Facebook, believing it discriminated against them,” former Sen. Jon Kyl, R-Ariz., wrote in a Tuesday op-ed for The Wall Street Journal.

The same day, Kyl released the results of the report, begun in May 2018 at Facebook’s request, looking at whether the social media giant has displayed political bias against conservatives.

“This work is not an issue of personal political opinion. As at any large company, there is a diversity of political opinions at Facebook and plenty of people who would not describe themselves as conservatives,” Clegg said in a formal statement.

“My own long-held political views have been a subject of public record for years. But regardless of one’s own political views, this is about whether we apply our own policies fairly to all sides, and whether those policies begin with an understanding of how core groups of users express their beliefs.”

News reports surfaced in May 2016 that Facebook routinely held back or suppressed news with a conservative perspective.

A former Facebook employee, who has remained anonymous, said it was common practice for the site to suppress news and information of particular interest to conservatives.

“Depending on who was on shift, things would be blacklisted or trending,” the former news curator for Facebook said in a report published by Gizmodo. “I’d come on shift and I’d discover that CPAC or Mitt Romney or Glenn Beck or popular conservative topics wouldn’t be trending because either the curator didn’t recognize the news topic or it was like they had a bias against Ted Cruz.”

The new report was compiled by Kyl and a team at Covington & Burling LLP after they questioned more than 130 conservative politicians and leaders.

Conservatives, it says, were concerned that the platform’s algorithm changes worked against conservative content, frustrated that Facebook was not clear in what it designated to be clickbait and spam, and skeptical of how the site designated what it called “false news.”

Kyl’s report concluded that “some of the third-party fact-checkers utilized by Facebook at various times (e.g., Snopes, PolitiFact, Factcheck.org, the Associated Press)—which are certified by the Poynter Institute, an entity that owns PolitiFact—have skewed to the ideological left.”

The report also found that users took issue with Facebook’s “hate speech” function, saying that it had a “highly subjective nature of determining what constitutes ‘hate’—an assessment that may be subject to the biases of content reviewers.” It said the term hate speech “is itself controversial, insofar as it may incorrectly ascribe motive in many cases.”

Among other concerns was Facebook’s practice of flagging content it deems too conservative, which resulted in parts of the Bible, St. Augustine’s writings, and the Declaration of Independence being removed or made less prominent.

The Heritage Foundation hosted Kyl in June 2018 for a listening session with conservative groups about their concerns that Facebook shows political bias.

“I made it clear that Facebook has every right to be as biased as it wants to be as a private company, and conservatives have every right to look elsewhere for social platforms if they feel Facebook is silencing them,” DeMint, who left Heritage in May 2017, wrote in an op-ed at the time.

“But if Facebook promises its users an unbiased platform for the free exchange of ideas—all ideas—then it should keep that promise.”

Kyl’s report highlights several ways Facebook is trying to do just that, including (and quoting the report):

Kyl and his team are expected to submit another report on Facebook within a few months.

In his op-ed, Kyl, a senior counsel at the law firm of Covington & Burling, said Facebook still has significant progress to make in regaining trust.

“As Facebook considers additional changes, we will continue to help it understand conservative perspectives,” Kyl wrote. “To live up to its vision as a platform for all ideas, I believe Facebook understands it must do all it can to regain the trust of conservative users.”