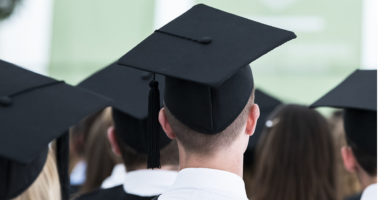 A professor at Portland State University is being punished by the school for submitting bogus papers to academic journals to prove their bias. (Photo: Picture Alliance/Contributor/Getty Images)

Kaitlynn Samalis-Aldrich is program coordinator of The Heritage Foundation's Institute for Constitutional Government.

Evidence is mounting that political ideology is corrupting the liberal arts.

According to Campus Reform, in late July, Portland State University accused one of its professors, Peter Boghossian, of “‘questionable ethical behavior’ and banned him from conducting academic research.”

What was the professor’s offense? He successfully convinced several prestigious, peer-reviewed journals to publish articles that were anything but scholarly. In one, he analyzed “dog rape culture,” in another, he republished portions of Adolf Hitler’s “Mein Kampf,” spruced up with academic buzzwords.

This may sound like an off-color prank, but it was a serious effort to expose a grave problem on college campuses. Boghossian’s hypothesis was simple: the leftist fixation on intersectionality and what he termed “grievance studies” have led to a sharp decline in the quality and rigor of scholarship within the discipline.

Boghossian and his two colleagues, Helen Pluckrose and James Lindsay, made headlines in 2018 for completing an investigation into how lax some humanities journals had become.

The trio wrote and submitted 20 “hoax” articles to several prominent academic journals in various academic fields, including gender and queer studies, that the researchers felt were most influenced by progressive ideology rather than objective research.

When seven of their “fake” studies were published after undergoing the purportedly-scrupulous “peer review” process, Boghossian and his team released a report demonstrating how ideologically-driven academia has become.

It brings to mind the “Sokal hoax” of the mid-90s, when a New York University physicist submitted a similarly “fake” study that also ended up being published.

PSU’s Internal Review Board then sanctioned Boghossian for “fabricating data and studying human subjects, specifically the various journal editors, without their consent.”

The Internal Review Board seems to have missed the purpose of the professor’s study.

The censure led directly to the ban Boghossian now faces. The academy seems more interested in making an example of him than acknowledging the concern about a lack of quality control in the field of “grievance studies,” which his efforts unveiled.

It is not as if citizens are unaware of the issues plaguing higher education.

From the oft-referenced replication crisis in the social sciences (wherein academic studies cannot be reproduced by unaffiliated researchers), the insane cost of college, and the liberal bent of a staggering percentage of university professors, many students would do well to reconsider the value of attending college over trade schools or other similar, skill-developing opportunities.

Boghossian’s study revealed the dangerous road that academia is sprinting down. He cited “constructivism”—the idea that truth is temporally and culturally situated—as the main culprit infecting academic research, especially within the humanities.

The research team noted that “radical constructivists tend to believe science and reason must be dismantled to let ‘other ways of knowing’ have equal validation as knowledge-producing enterprises.” This idea could be what is driving many academic journals down the ideological rabbit hole.

As Boghossian and his team stated in their study, “As we progressed, we started to realize that just about anything can be made to work, so long as it falls within the moral orthodoxy and demonstrates understanding of existing literature.”

Scholars across the world agreed with the authors’ motives and conclusions, and wrote to PSU’s vice president for research administration in support of Boghossian. Even Alan Sokal, the NYU scientist who got into hot water for his similar effort in 1996, defended the beleaguered Portland professor, writing:

It seems to me that it would be a grave injustice to punish Professor Boghossian for a violation of the letter of the [Research Misconduct Policy] that did not constitute in any way a violation of that policy’s purpose and which moreover was undertaken with the goal of serving, and which did, in fact, serve the public interest …

Unfortunately, but unsurprisingly, given the university administration’s reaction, many of Boghossian’s fellow professors at PSU were not as supportive. In an anonymous letter to the editor in the university’s newspaper, the anti-Boghossian group wrote:

[T]he ‘hoaxes’ are simply lies peddled to journals, masquerading as articles. … Chronic and pathological, unscholarly behavior inside an institution of higher education brings negative publicity to the institution as well as the honest scholars who work there. Worse yet, it jeopardizes the students’ reputations, as their degrees in the process may become devalued.

Boghossian’s aggrieved colleagues seem to have missed the entire point of his study, and may prefer for their students to learn from such indoctrination.

She went on, according to Campus Reform, to “address the accusation of improperly studying human subjects, saying ‘This charge is hard to take seriously. By its very nature, the parody rules out the possibility of consent: It is the view of the [Internal Review Board] that academic journals should be shielded from critical or irreverent scrutiny?”

PSU stated in its disciplinary letter that it is willing to give Boghossian another chance to conduct research, if he completes a required “protection of human subjects training” course and otherwise satisfies the university’s administration.

However, for a nontenured professor who himself acknowledges he does not “fit the mold” of the “ideological community” on campus, the odds of him being permitted to resume his research may be slim.

Boghossian’s experiment highlights the problems of groupthink in any environment, especially academia.

If humanities professors are going to be more interested in placating popular opinion rather than exposing shoddy academic practices bordering on charlatanry, then we should stop describing our humanities’ departments as bastions of truth.

Truth is objective, not subject to the prevailing winds of academia and the left at large.

Stifling academic debate, exercising a heckler’s veto over messages that do not fit within an ideology prescribed by liberal academics, and promoting shoddy “research” that supports that ideology, will not advance the search for truth, which should be the ultimate goal of any serious academic institution.

All it will do is perpetuate irrationality and ignorance.