“I think the formative years is when you start having those discussions and really start making these declarations,” not when a child is 3, Mario Lopez says on the “The Candace Owens Show." Pictured: Lopez speaks at the May 16 Wounded Warrior Project Courage Awards and Benefit Dinner in New York City. (Photo: Nicholas Hunt/Getty Images)

Actor and entertainment journalist Mario Lopez suddenly is receiving pushback for an appearance on conservative Candace Owens’ podcast where he said he was “blown away” by the trend to let young children pick their own gender.

“When you’re a kid … you don’t know anything about sexuality yet. You’re just a kid,” Lopez told Owens on “The Candace Owens Show.”

The conversation began when Owens brought up Hollywood actress Charlize Theron, who had told The Daily Mail that she allowed her son to declare himself a girl at 3 years old.

“Yes, I thought she was a boy, too,” Theron told The Daily Mail. “Until she looked at me when she was 3 years old and said: ‘I am not a boy!”

Lopez responded in his June 23 appearance by saying he did not want to tell anyone how to parent their kids. But, he said, “if you’re 3 years old and you’re saying you’re feeling a certain way or you think you’re a boy or a girl or whatever the case may be, I just think it’s dangerous as a parent to make this determination [that] well, OK, then you’re going to [be] a boy or a girl.”

Lopez said he thinks “kids should be kids,” but “you gotta be the adult in the situation.”

“I think the formative years is when you start having those discussions and really start making these declarations,” not when a child is 3, he said.

He acknowledged toward the end of the discussion that people have different parenting styles that he doesn’t agree with, but said he believes “they’re good people, they’re coming from a good place.”

Now, Lopez is under fire for these comments.

Some have even called for the co-host of the syndicated “Extra” TV show to lose his new job with NBC’s “Access Hollywood,” where he is scheduled to debut next month.

Lopez is also under fire for saying later in the interview with Owens that #BelieveWomen is a “dangerous hashtag because people lie, and sometimes those people are women.”

“God forbid you have a son out there and a girl may have felt a certain way about a situation—dismissed, hurt, whatever—and is feeling vengeful and just decides to tell a certain story that’s not even exactly true, come back and hurt that individual,” Lopez told Owens.

“And the other way around too, you can’t just believe men, either,” Lopez said. 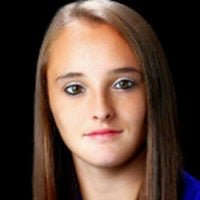 Lexi Lonas is a student at the Pennsylvania State University of Altoona and a student ambassador for Prager University.