Carson Says Trump ‘Not a Racist’ 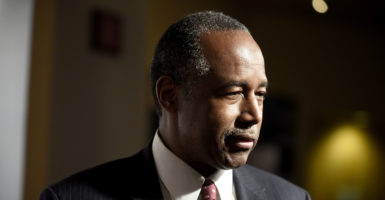 "Under this president, you see the rising tide lifting all boats, you see low unemployment, record-low for blacks and Hispanics, for all the demographics of our nation," Housing and Urban Development Secretary Ben Carson says as proof President Donald Trump is not a racist. Pictured: Carson attends the premiere of the film "Death of a Nation" at E Street Cinema on Aug. 1, 2018, in Washington, D.C. (Photo: Shannon Finney/Getty Images)

While many Democrats are accusing President Donald Trump of “racism” because of a controversial tweet, Housing and Urban Development Secretary Ben Carson is countering the narrative by touting the president’s policies.

“I have an advantage of knowing the president very well, and he’s not a racist, “ Carson said in a Wednesday interview on Fox News’ “America’s Newsroom.”

“His comments are not racist, but he loves the country very much,” Carson added. “He has a feeling that those who represent the country should love it as well.”

The comments Carson referred to were tweets from the president directed at a group of minority freshman Democratic lawmakers known as “the squad” who have been outspoken in their criticisms of the president and America.

In his string of tweets, Trump said the group, made up of Reps. Alexandria Ocasio-Cortez of New York, Ilhan Omar or Minnesota, Rashida Tlaib of Michigan, and Ayanna Pressley of Illinois, should “go back and help fix the totally broken and crime infested places from which they came.”

All the women are American citizens.

Following Trump’s remarks, House Resolution 489 was introduced in the House Judiciary Committee, a measure that “condemns” the president as “racist” for his “comments about immigrants and asylum-seekers.”

The measure passed 240-to-187 largely by party lines Tuesday.

When Fox News host Sandra Smith asked Carson, 67, to clarify the president’s statements and his refusal to take them back, he said:

I think you can see what the president means by looking at his accomplishments. Look at his policies. Under this president, you see the rising tide lifting all boats, you see low unemployment, record-low for blacks and Hispanics, for all the demographics of our nation. 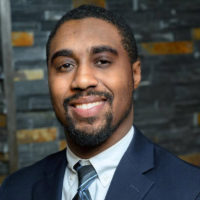