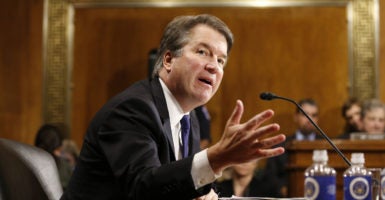 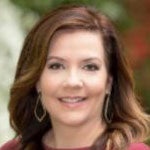 Mollie Ziegler Hemingway is a senior editor at The Federalist. 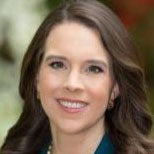 Carrie Severino is chief counsel and policy director of the Judicial Crisis Network.

I represent a woman with credible information regarding Judge Kavanaugh and Mark Judge. We will be demanding the opportunity to present testimony to the committee and will likewise be demanding that Judge and others be subpoenaed to testify. The nomination must be withdrawn.

Multiple witnesses would corroborate the allegation, he said, and they must be called to testify.

As far as the chattering classes of D.C. were concerned, if Kavanaugh’s confirmation had any life left in it before Sunday evening, it was indisputably dead now.

For Kavanaugh, the moment was brutal. This was precisely why he had feared delaying a vote on his confirmation. Delays allowed his opponents to troll for people who’d be willing to say something—anything—to discredit him. Time was not his friend.

>>> Purchase the book “Justice on Trial: The Kavanaugh Confirmation and the Future of the Supreme Court”

He wasn’t worried that the White House would pull his nomination. There may have been no White House in history more temperamentally suited to this fight.

But that was only half the battle. He knew enough about U.S. senators to worry about their commitment throughout a long and unrelenting smear campaign.

In fact, Sen. Rob Portman, R-Ohio, who had served as a de facto adviser as Kavanaugh met with other senators, let him know that some senators were taking the Julie Swetnick allegations seriously. It was one of the only times that Kavanaugh reacted loudly, incredulous that anyone could believe such ridiculous claims.

He wasn’t reading the stories, not even the initial story in The Washington Post. Sen. Orrin Hatch, R-Utah, had advised him early in the process to turn off the news. But from the accounts he was given, he wondered who this person they were describing was. He had his flaws, but the media’s portrayals of him were simply unrecognizable.

Kavanaugh had to act, so he issued a response to Deborah Ramirez’s allegations:

This alleged event from 35 years ago did not happen. The people who knew me then know that this did not happen, and have said so. This is a smear, plain and simple. I look forward to testifying on Thursday about the truth, and defending my good name—and the reputation for character and integrity I have spent a lifetime building—against these last-minute allegations.

The presumption of innocence survives in America’s criminal courts, but it seemed to have vanished from the court of public opinion by the time of Kavanaugh’s nomination.

The #MeToo movement had drawn attention to the serious difficulties women had experienced in reporting sexual assault and harassment, but activists were now demanding complete credulity in response to any accusation, despite the prominent and recent cases of fabricated sexual assault charges against the Duke lacrosse team and a fraternity at the University of Virginia.

When asked, Sen. Mazie Hirono, D-Hawaii, refused to say that Kavanaugh enjoyed a presumption of innocence, suggesting, remarkably enough, that his judicial philosophy made him somehow less credible. “I put his denial in the context of everything that I know about him in terms of how he approaches his cases,” she said.

Sen. Chris Coons, D-Del., was even more direct, stating the next day that Kavanaugh “bears the burden of disproving these allegations.” Senate Minority Leader Chuck Schumer of New York said, “There is no presumption of innocence or guilt when you have a nominee before you.”

Corroboration of the accusations could wait; signatures were being collected even before the New Yorker published its article about Ramirez.

>>> Watch or attend The Heritage Foundation’s July 16 event on the new book “Justice on Trial: The Kavanaugh Confirmation and the Future of the Supreme Court”

At the same time, it began to appear that Ramirez’s story might not hold up under scrutiny. The New Yorker article itself contained details that undercut its credibility.

It acknowledged that Ramirez had “significant gaps” in her memories, that she was reluctant to speak with certainty about Kavanaugh’s role in the incident, that it took her six days of “assessing her memories” and consulting with an attorney provided by Democrats to name Kavanaugh, and that a robust effort to find eyewitnesses failed to turn up anyone who could confirm that Kavanaugh was even present at the party.

“The behavior she describes would be completely out of character for Brett. In addition, some of us knew Debbie long after Yale, and she never described this incident until Brett’s Supreme Court nomination was pending,” said her classmate Dan Murphy.

Karen Yarasavage said she was best friends with Ramirez at the time and had never heard of the incident. “We shared intimate details of our lives. And I was never told this story by her, or by anyone else. It never came up. I didn’t see it; I never heard of it happening,” she said.

Perhaps most damaging to the credibility of the story is the effect heavy drinking may have had on Ramirez’s recollection of what took place in 1983 or 1984. Ramirez admitted she “quickly became inebriated” at the party, ending up “on the floor, foggy, and slurring her words.”

The facts that they actually present are that “a male student pointed a gag plastic penis in her direction” and that Ramirez remembered being on the floor flanked by that student and another male student.

National Review’s Charles Cooke wrote that he was “struggling to remember reading a less responsible piece of ‘journalism’ in a major media outlet.”

Even The New York Times admitted the story’s failures. Noting that The New Yorker had not been able to confirm with other witnesses that Kavanaugh was even at the party, the paper conducted its own interviews with “several dozen people” but “could find no one with firsthand knowledge” of the allegations.

The Times learned that “Ms. Ramirez herself contacted former Yale classmates asking if they recalled the incident and told some of them that she could not be certain Mr. Kavanaugh was the one who exposed himself.”

It was at this moment that a number of people on Kavanaugh’s White House team suspected the anti-Kavanaugh forces had finally overplayed their hand. The tide was turning.

Kavanaugh, as he had done from the beginning, stayed on offense, sending a letter to Sens. Chuck Grassley, R-Iowa, and Dianne Feinstein, D-Calif., that made it clear he would fight back as a matter of principle to clear his name:

These are smears, pure and simple. And they debase our public discourse. But they are also a threat to any man or woman who wishes to serve our country. Such grotesque and obvious character assassination—if allowed to succeed—will dissuade competent and good people of all political persuasions from service. As I told the committee during my hearing, a federal judge must be independent, not swayed by public or political pressure. That is the kind of judge I will always be. I will not be intimidated into withdrawing from this process. The coordinated effort to destroy my good name will not drive me out. The vile threats of violence against my family will not drive me out. The last-minute character assassination will not succeed.

Kavanaugh’s defiant statement called to mind what Clarence Thomas said to Hatch at his confirmation hearing:

Kavanaugh wasn’t going to cry “uncle” either, but would he make it to the Thursday hearings? The media, which had sided overwhelmingly with his accusers, were defaming him around the clock. Something had to be done.

This edited excerpt has been taken with permission from Mollie Hemingway and Carrie Severino’s new book “Justice on Trial: The Kavanaugh Confirmation and the Future of the Supreme Court.”