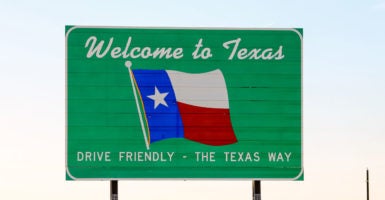 In the last 15 years, Texas has led the way among red states showing how small government is the path to prosperity. (Photo: Getty Images)

In the last 15 years, Texas has led the way among red states showing how small government is the path to prosperity. But the Texas economic miracle can’t be told without mentioning the Texas Public Policy Foundation, the leading conservative think tank in the Lone Star State. Brooke Rollins built that foundation up to become a policy powerhouse promoting freedom and limited government. She talks about her years in think tank leadership, and how they prepared her for her current role in the Trump administration. Plus: A new poll shows Americans rarely seek guidance from their clergy.