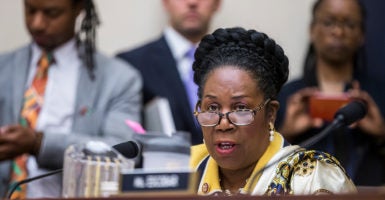 Several Democratic presidential hopefuls are calling for Americans to make reparations for slavery.

On June 19, the House Judiciary subcommittee on the Constitution, civil rights, and civil liberties held a hearing.

Its stated purpose was “to examine, through open and constructive discourse, the legacy of the Trans-Atlantic Slave Trade, its continuing impact on the community and the path to restorative justice.”

Slavery was a gross violation of human rights. Justice demands that all participants in the trans-Atlantic slave trade make compensatory reparation payments to slaves. However, there is no way that Europeans could have captured millions of Africans.

That means compensation would have to be paid by Africans and Arabs who captured and sold slaves to Europeans in addition to the people who bought and used slaves.

Since slaves and slave traders and owners are no longer with us, compensation is beyond our reach and it’s a matter that will have to be settled in hell or heaven.

Let’s pretend for a moment that the reparations issue makes a modicum of sense. There’s the question of responsibility.

If we believe in individual accountability, we should find that doing so is unjust.

In other words, are the tens millions of Europeans, Asian, and Latin Americans who immigrated to the U.S. in the late 19th and 20th centuries responsible for slavery, and should they be forced to cough up reparations?

What about descendants of Northern whites who fought and died in the name of freeing slaves? Should they pay reparations to black Americans?

Slavery existed in the Southern states and outlawed in most of the Northern states. Buying into the reparations argument suggests that the antebellum South was rich and the slave-starved North was poor. The truth is just the opposite.

The reparations movement would be an amusing sideshow were it not for its damaging distractions. It grossly misallocates resources that could be better spent elsewhere.

According to the state Department of Education, 75% of black California boys cannot meet state reading standards. In 2016, in 13 of Baltimore’s 39 high schools, not a single student scored proficient on the state’s mathematics exam. In six other high schools, only 1% tested proficient in math.

The same story of low education outcomes can be told about most cities with large black populations.

I’d like to see lawyers bring class-action suits against public school systems in cities like Philadelphia, Baltimore, Washington, Detroit, and Los Angeles for conferring fraudulent high school diplomas. Such diplomas attest a 12th-grade level of academic achievement when in fact those youngsters often cannot perform at sixth- or seventh-grade levels.

The common characteristic of most of these cities is that they have predominantly black populations and blacks have considerable political power as mayors, city councilmen, and chiefs of police. Energy spent on reparations should be used to solve those problems.

As of 2014, U.S. taxpayers have spent $22 trillion on Lyndon Johnson’s War on Poverty (in constant 2012 dollars). Adjusting for inflation, that’s three times more than was spent on all military wars since the American Revolution.

If money alone were the answer, the many issues facing a large segment of the black community would have been solved.