5 Myths About the State and Local Tax Deduction’s Cap 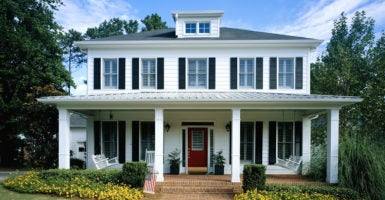 Corporate realtor lobbyists have spent two years and more than $22 million promulgating the myth that the cap on state and local tax deductions hurts home values. But that's not the case. (Photo: Phillip Spears/Getty Images) 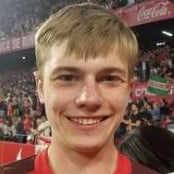 Ever since the Tax Cuts and Jobs Act passed in late 2017, Democrats and a few Republicans have decried how the law’s $10,000 cap of the state and local tax deduction harms schools, local communities, home values, first responders, and middle-class families. Fast forward almost two years later and these false claims are not going away.

House Democrats recently announced a hearing scheduled for Tuesday where many of the common myths are likely to be repeated.

Here are a few of the most common misconceptions.

Before the 2017 tax cut capped the state and local tax deduction, 70% of taxpayers received no benefit from the deduction. Most of the benefits flowed to wealthy taxpayers in high-tax states.

Despite the cap, the vast majority of taxpayers still got a big tax cut for three reasons.

First, the tax law doubled the standard deduction, which means about half the people who previously chose to itemize their taxes (which allows access to the state and local tax write-off) now voluntarily choose to take the new larger standard deduction. Most of these people are better off than they were before.

Second, tax rates were lowered across the board. Even if taxable income increased slightly because of the state and local tax cap, lower tax rates mean most people still came out ahead.

Taxpayers subject to the tax are not allowed to take the deduction for state and local taxes.

Repealing the state and local taxes cap would cost $673 billion over 10 years and primarily would benefit wealthy taxpayers at the expense of everyone else.

School districts around the nation are funded primarily by local property taxes and the Tax Cuts and Jobs Act’s cap of the state and local tax deduction does not change this because it affects federal taxes, and schools are funded and managed locally.

The cap has no impact on the way schools are funded or over the amount of school funding. These decisions are rightfully in the hands of local communities, not the federal government.

The cap on the deduction for state and local taxes has empowered residents to be more active in their communities. They are more inclined to care about what their local taxes fund and how their tax dollars are spent.

States and local communities no longer have a subsidized money pool they can dip into without their residents caring.

Lawmakers should instead recommend their states address the primary drag on municipal budgets: unfunded pension liabilities. These liabilities divert tax dollars away from the classroom and other critical priorities.

Corporate realtor lobbyists have spent two years and more than $22 million promulgating the myth that the cap on state and local tax deductions hurts home values.

But there is no evidence home values fell after the tax cut and if they had, they would have only fell for homes owned by the wealthiest Americans in the most highly taxed cities.

According to the realtor lobby’s own data, housing prices have increased by 6% from the prior year and home affordability has increased.

In some areas it is property taxes themselves that have harmed affordability.

In some Chicago neighborhoods, for example, median home prices are down by a third since 2006—but property tax bills have nearly doubled.

To the extent the state and local tax deduction cap puts pressure on municipalities to reform their property taxes, the new cap could boost home values over time.

This myth is one that not even the people perpetuating it believe.

Double taxation does not occur when your income is taxed at the state level to pay for state projects—typically roads, police, hospitals, and schools—and again by the feds. Taxes at all levels of government should be lower, but this does not mean the federal government needs to subsidize state taxes and spending.

The cap on state and local tax deductions moves the federal tax code toward the bipartisan goal of treating taxpayers of similar incomes similarly.

Before the Tax Cuts and Jobs Act, high-tax states such as California, Connecticut, and New York were subsidized by other federal taxpayers. In the case of high-income California taxpayers, the federal state and local tax deduction reduced their overall federal tax bill by 40%.

Myth #5: The Cap Is a Politically Motivated Attack on Blue States

The state and local tax deduction cap is not a partisan attack. Taxpayers in every congressional district and every state got a tax cut through the Tax Cuts and Jobs Act.

Among all 435 congressional districts, Democrats tend to represent areas with both the largest and smallest tax cuts, according to Heritage Foundation estimates using IRS data. Republicans tend to represent the middle of the tax cut distribution.

Data from every congressional district shows the cap is not partisan in nature.

Instead, it improves fairness by reducing an inequity in the federal tax code that allowed taxpayers with identical incomes to pay, in some cases, hundreds of thousands of dollars more or less in federal taxes, strictly based on their state of residency.

The 2017 tax cuts are benefiting Americans across the country. Taxpayers on average got a $1,400 tax cut and have benefited from quickening wage growth thanks to the strong economy.

Instead of dwelling on the well-worn talking points that have misled millions of Americans into thinking their taxes may have increased, Congress should work together to make the tax cuts permanent before they expire in 2025.

Repealing the state and local taxes deduction cap, or even more modest proposals to index it to inflation or double the allowance, would be an expensive mistake.