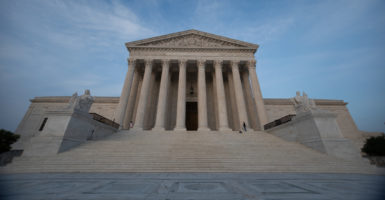 Almost a year ago, we asked, “How much authority can Congress give to the attorney general to effectively write criminal laws?” In Gundy v. United States, a plurality of the Supreme Court has given its answer: as much as Congress wants to give.

The plurality opinion, which was written by Justice Elena Kagan, was joined by only three other justices (Ruth Bader Ginsburg, Stephen Breyer, and Sonia Sotomayor). Justice Samuel Alito joined in the judgment, but did not join the plurality’s reasoning.

Three justices (Neil Gorsuch, John Roberts, and Clarence Thomas) dissented, and Justice Brett Kavanaugh took no part in the case, most likely because the court heard oral arguments in the case shortly before he was sworn in as a justice.

By way of background, in Gundy the petitioner argued that Congress had impermissibly delegated its legislative authority by allowing the attorney general to decide whether and how to retroactively apply the Sex Offender Registration and Notification Act of 2006, also known as SORNA.

A plurality of the court disagreed finding that the delegation was, in fact, much narrower.

SORNA established a uniform system to register sex offenders that corrected loopholes and deficiencies in the patchwork system at the state level.

It requires anyone convicted as a sex offender to register in every jurisdiction where they live, work, or go to school. Failure to register under SORNA is a separate criminal offense.

On its face, however, SORNA did not answer the question of what to do with sex offenders who were convicted before SORNA’s enactment. Instead, the law delegated to the attorney general the authority to determine its applicability to pre-act sex offenders.

The petitioner, Herman Gundy, argued that Congress did not say how, when, or even whether the attorney general should make that determination. Accordingly, he argued that SORNA was an unconstitutional delegation of Congress’ authority.

How Much of Its Power Can Congress Delegate?

Article I of the Constitution vests “All legislative powers” in Congress. It thus prohibits Congress from delegating its legislative authority to the other branches.

Despite this, the Supreme Court has permitted Congress to delegate a great deal of authority to executive branch agencies and officials.

Only twice, in Panama Refining Co v. Ryan (1935) and Schechter Poultry Corp. v. United States (1935), has the court prevented Congress from delegating its authority to another branch of government.

In the 84 years since it decided those two cases, the court has never struck down a delegation to a federal agency.

It has permitted any delegation as long as Congress specifies an “intelligible principle” to guide the relevant agency or official in exercising discretion to make law, and, as Kagan pointed out, some of those delegations have been broad indeed, including delegations to federal agencies to regulate in the “public interest,” to set “fair and equitable prices,” and to establish air quality standards that are “requisite to protect public health.”

In Gundy, the Plurality Continues the Trend

In Gundy, the plurality found an intelligible principle. It reasoned that the text made the statute retroactive because it defined “sex offender” as “an individual who was convicted of a sex offense.”

The plurality also relied on the legislative history and purpose of the act to conclude that Congress intended that the attorney general should apply SORNA to pre-act offenders “as soon as feasible.”

In short, the plurality concluded that SORNA required the attorney general to apply SORNA to pre-act offenders, subject only to a feasibility determination, which is the sort of delegation that the court has routinely upheld.

Gorsuch—joined by Roberts and Thomas—dissented, arguing that the plurality “reimagine[d]” the text of the statute.

Congress’ proper role is to make all policy decisions. It may, however, allow the executive branch to “fill up the details.”

It also gives the attorney general discretion to change his mind at will. Congress retained no policy-making authority.

For that reason, the dissenters would have found SORNA’s delegation unconstitutional.

Alito concurred in the plurality’s judgment but not in its reasoning. He signaled that he might be willing to reconsider the court’s nondelegation jurisprudence, but only if a majority of the court was willing to do so.

As Gorsuch noted in his dissent, the Gundy case “resolves nothing.” SORNA’s delegation will stand, but the case will not prevent future challenges to delegations.

It remains to be seen, however, whether a majority is willing to revisit the court’s nondelegation jurisprudence.

Kavanaugh’s opinions on the issue are largely unknown. In one dissent from his time on the Court of Appeals for the D.C. Circuit, he observed that the Supreme Court has required clear congressional authorization for “major agency rules,” but that’s about as close as we get.

Perhaps in the future, the court will take up another case and resurrect the nondelegation doctrine, thereby strengthening the separation of powers principles that were envisioned by the Framers. As Gorsuch so eloquently stated:

The framers knew, too, that the job of keeping the legislative power confined to the legislative branch couldn’t be trusted to self-policing by Congress; often enough, legislators will face rational incentives to pass problems to the executive branch. Besides, enforcing the separation of powers isn’t about protecting institutional prerogatives or governmental turf. It’s about respecting the people’s sovereign choice to vest the legislative power in Congress alone. And it’s about safeguarding a structure designed to protect their liberties, minority rights, fair notice, and the rule of law.