Celebrating Juneteenth in the Long March to Freedom and Racial Equality 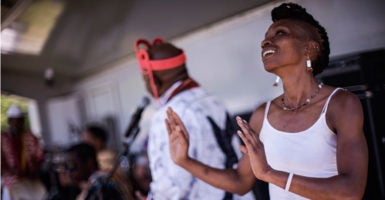 A review of American history and the nation’s relationship to blacks reveals a slow and often bloody march to equality.

In a now-famous letter that President Abraham Lincoln wrote to Horace Greeley, editor of the New York Tribune, Lincoln noted that his primary mission was to save the Union and that he would do so whether it meant freeing some slaves, all slaves, or not one single slave.

The bloody Civil War raged for three years before Lincoln declared some of the enslaved people free. The Emancipation Proclamation did not free all enslaved people, however. It did free those held as slaves within rebellious states, but slavery remained legal in states loyal to the Union.

July 4 is the day most Americans celebrate independence. I would argue that an equally important date is “Juneteenth.” On June 19, 1865, Gen. Gordon Granger stood on a balcony in Galveston, Texas, and read what was called General Order No. 3.

The people of Texas are informed that, in accordance with a proclamation from the Executive of the United States, all slaves are free. This involves an absolute equality of personal rights and rights of property between former masters and slaves, and the connection heretofore existing between them becomes that between employer and hired labor.

Gen. Robert E. Lee surrendered to Gen. Ulysses S. Grant on April 9, 1865, at the Appomattox Court House in Virginia. Granger read the order more than two months after the official end of the Civil War.

Those words did not immediately establish freedom and equality any more than the Declaration of Independence or the Emancipation Proclamation had. The order did become one more document that moved America one step closer to the aspirational goal of being one perfect union where “all men are created equal.”

During the Jim Crow era, celebrations of Juneteenth waned. I’m going to speculate that the struggles and injustice of that time gave little cause for jubilation.

But this present era is a different story. As a 21st-century black American, I will not pretend that we have achieved the aspirational goal of being a perfect union where all are treated equally. However, I will celebrate Juneteenth as the beginning of America’s great course correction toward justice and equality.

Today, black Americans celebrate the lowest unemployment rate in generations. According to the U.S. Black Chamber of Commerce, black-owned businesses have grown at an exponential rate in the 21st century. School choice is opening doors of educational opportunity to black families, serving to level the playing field.

There is an often reprinted Juneteenth photo of elderly blacks standing proudly at a celebration in their Sunday best. The photo was taken in Austin, Texas, in 1900, just 35 years after Granger shared the news of freedom. Most likely would have been among the 250,000 enslaved people who learned of their freedom that day.

They each stare sternly at the camera, daring future generations to squander the opportunities of freedom.

Today, I celebrate for them and the hundreds of thousands like them who did not have the advantages and opportunities that I have today.