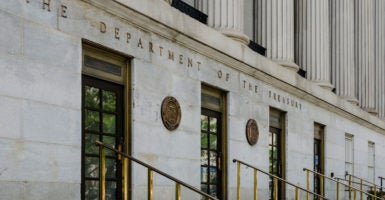 The Treasury Department issued a notice that will save tax credit scholarship programs from what could have been a crippling blow. (Photo: RiverNorthPhotography/Getty Images)

Lawmakers intended with the 2017 tax cuts not only to promote economic growth and job creation and to allow families to keep more of their hard-earned money, but also to make the federal tax code more neutral toward state tax policy.

But state-based tax credit scholarship programs got unintentionally caught up in the broader reform.

Now available to more than 270,000 students in 18 states, tax credit scholarship programs allow state taxpayers to receive a full or partial credit against their state tax obligations if they contribute to nonprofit organizations that grant scholarships to eligible children so they can attend a private school of their choice.

These scholarships are an important and growing tool for expanding school choice. The Treasury Department just saved them from what could have been a crippling blow.

The new tax law placed a cap of $10,000 on the amount taxpayers could deduct from their federal taxes for state and local taxes, which advanced the bipartisan goal of treating similar taxpayers similarly, by diminishing the previously unlimited subsidy for high taxes in states like California and Connecticut.

To implement the cap as intended by Congress, the Treasury Department released proposed regulations that disallowed use of new state schemes set up to game the charitable deduction and circumvent the cap.

But legitimate state-based tax credit scholarship programs were included in the rule, which means the ability to donate was limited for the 10% of taxpayers who itemize but don’t max out their deductions for state and local taxes.

In some cases, the cost of donating would increase from zero to as much as 37% of the donation amount.

In the final regulation and accompanying notice, the Treasury fixed the problem and re-established the federal tax system’s neutrality toward state tax credit programs, as recommended by The Heritage Foundation in a public comment.

The notice allows donors to scholarship programs to still take the deduction for state and local taxes up to the cap of $10,000. A new rule codifying this will be proposed in a few months.

The new regulations and guidance mean there is no new tax cost for taxpayers who donate to a state tax credit scholarship program. This preserves every state taxpayer’s ability to earmark their tax payments for increased education choice.

The Treasury notice fixes the tax problems of the original proposal but could open the door to the question of whether donations to tax credit organizations are charitable donations or redirected government money.

The precedent established in Arizona v. Winn makes clear that these are still donations. The tax was never collected by the state, so it remains a donation that is distinct from a voucher program.

Although the regulation could be improved by continuing to allow these deductions as charitable contributions, the Treasury’s proposal is more straightforward and easier to administer.

The new rules should come as a relief to scholarship organizations around the country. These opportunities, which benefit thousands of children, can now continue unencumbered by the federal tax code.