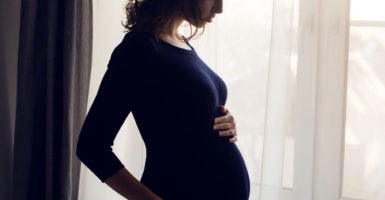 Waskom, Texas, outlawed abortion procedures and declared the city a sanctuary for the unborn. The move was pushed by Right to Life of East Texas. (Photo: Saulich/Getty Images)

A city council in Waskom, Texas, outlawed abortion procedures Wednesday and declared the city a sanctuary for the unborn.

The move was pushed by Right to Life of East Texas and precedes another bill Texas lawmakers are pushing, which would require doctors to care for babies born alive following botched abortions. Abortions are not permitted in the state of Texas after 20 weeks, The Washington Post reports.

Waskom sits on the Texas and Louisiana border and is the first city in Texas to declare such a measure. There are no abortion clinics in Waskom.

“All organizations that perform abortions and assist others in obtaining abortions (including Planned Parenthood and any of its affiliates, Jane’s Due Process, The Afiya Center, The Lilith Fund for Reproductive Equality, NARAL Pro-Choice Texas, National Latina Institute for Reproductive Health, Whole Woman’s Heath and Woman’s Heath Alliance, Texas Equal Access Fund, and others like them) are now declared to be criminal organizations in Waskom, Texas,” Dickson added.

Waskom Mayor Jesse Moore said that the city may likely get sued over the measure, according to The Washington Post. “Most likely we will wind up getting sued if this is passed,” Moore said. “It could go to the Supreme Court.”

“We don’t have the possible millions of dollars that it would take to take it to that level,” added Alderman Jimmy Dale Moore, who voted for the measure. “We can’t pay those kind of attorney’s fees. The city don’t have the money.”

But supporters of the bill are not worried about monetary issues, telling local media that “God will take care of them.”