Problematic Women: Women Are Increasingly Embracing Socialism … but Why? 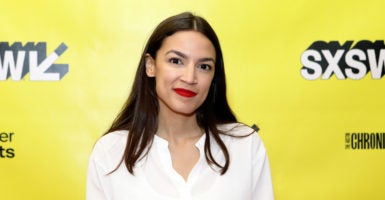 In a recent poll for “Axios on HBO,” 55% of American women say they would prefer to live in a socialist country over a capitalist country. This week on “Problematic Women,” we discuss why women are embracing socialism and what can be done to stop this trend.

Also, we break down why freshman Rep. Alexandria Ocasio-Cortez says members of Congress, despite already making $174,000 a year, deserve a pay raise.

And we discuss these topics:

—Mary Katharine Ham, CNN contributor and single mom of two, talks feminism, being a mother in the public eye, and much more.