Why I, as a Black Pastor, Must Speak Out on Abortion 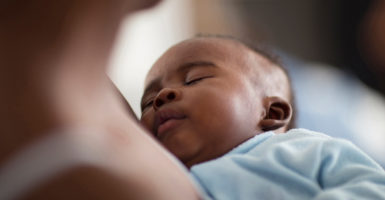 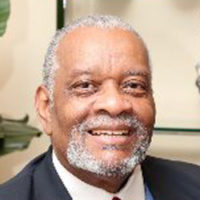 In recent months, multiple states like Alabama, Georgia, and Louisiana have passed laws to curb access to abortion.

The left and the mainstream media are spinning a narrative that a draconian cabal of lawmakers is unjustly trying to take power away from women, and that under these laws women will face unspeakable horrors as they make their way to backroom alleys to have abortions performed with coat hangers.

Loud is the outrage and sharp is the criticism from women’s groups, college students, and prominent Democratic leaders.

But the fact of the matter is that over 61 million babies have been aborted since Roe v. Wade in 1973. Over 19 million of those babies were African American.

The left loves to play identity politics when it suits their agenda, but the uncomfortable facts on abortion cut against their narrative: While blacks only make up 13% of the population, they account for over one-third of all abortions in the U.S.

Over 61 million babies have been aborted since Roe v. Wade in 1973. Over 19 million of those babies were African-American.

Throughout our nation’s history, and through all our struggles to become a more perfect union, the church has led the charge as a voice for morality and righteousness. From the abolitionists who fought to end slavery to the suffragists who fought to give women equal access to the ballot box, the church historically has been the heartbeat of justice.

Yet today, many pastors seem more concerned about losing church members than saving babies, and are silent when the only right thing to do is to speak out. They preach under a misguided view of separation of church and state, thinking their moral voice should not apply to any political issue.

There is so much wrong with this line of thinking. I could easily spend a month of Sunday sermons unpacking it—but let me try in a few words.

The phrase “separation of church and state” does not appear in either the Constitution or the Bill of Rights. What we have is the First Amendment’s “establishment clause,” which prohibits setting up an official state church.

Somehow, “separation of church and state” has soaked into our collective consciousness and brainwashed us into thinking the church must never insert itself into political discourse or public policy. It is actually the other way around: The point of the First Amendment is that the government must get out of the church’s business.

The point of the First Amendment is that the government must get out of the church’s business.

Preachers and politicians have been playing the telephone game with the Constitution. Remember that childhood game where you whisper into a can tied to a string, and after a message is passed on multiple times, you see if the original message remotely resembles the final message?

Well, that’s what we’ve done to the Constitution’s original message about the relationship between the church and the state.

The original message in the First Amendment is that “Congress shall make no law respecting an establishment of religion.” Somehow that has become garbled into, “The church should completely separate itself from politics, policy, and the moral teachings that guide lawmakers.”

The church must be reminded that it is not the master or the servant of the state, but rather the conscience of the state. It must be the guide and the critic of the state, and never its tool. If the church does not recapture its prophetic zeal, it will become an irrelevant social club without moral or spiritual authority.

It was with that same authority that licensed minister and abolitionist Frederick Douglass spoke out against slavery and in favor of women’s suffrage.

Margaret Sanger, the founder of Planned Parenthood, knew the power and influence of the black church. As she prepared to exterminate black babies through her “Negro Project,” she wrote to a colleague, “We do not want word to go out that we want to exterminate the Negro population, and the minister is the man who can straighten out that idea if it ever occurs to any of their more rebellious members.”

Parishioners, politicians, and certainly my fellow preachers and I, should be judged not only for what we believe about abortion, but also for how we respond to the abortion crisis.

Will we stick our heads in the sand and mumble about the church being a no-politics zone? Or will we actually admit that there are no zones from which the church and its influence should be barred?