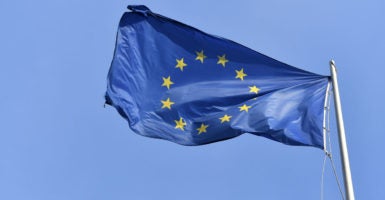 European parliamentary elections took place in 28 nations from May 23 to May 26. (Photo: Picture Alliance / Contributor/Getty Images)

There is no doubt the winds of change are continuing to blow across Europe.

Established political parties of the center-right and center-left suffered large losses during European parliamentary elections, which took place in 28 nations from May 23 to May 26.

Across the European Union there were significant gains for nationalist and populist movements, on both the left and the right. However, the variegated composition of these parties and their discordant policy positions will dilute their overall influence.

The center-right European People’s Party and the center-left Progressive Alliance of Socialists and Democrats suffered significant losses but still dominate as the largest groups in the European Parliament, and will have a large say over appointments to the European Commission. The two groups combined still have just under 45% of seats in Parliament.

In addition, the centrist Alliance of Liberals and Democrats for Europe, which includes French President Emmanuel Macron’s La République En Marche! Party, has 14% of the seats. These three groupings, which collectively account for about 60% of seats in the new Parliament, are broadly supportive of Euro federalism.

The populist-leftist, Greens/European Free Alliance, which also supports deeper EU integration, has a further 69 seats, and will seek to advance strict environmental policies alongside leftist economic and social policy priorities.

It should also be noted that Viktor Orban’s nationalist Fidesz Party, which won 52% of the vote in Hungary, is still part of the European People’s Party, though Orban is being courted by Lega Nord’s Matteo Salvini for a possible new group.

Eurosceptic parties now make up nearly one-third of the European Parliament. Indeed, the old political order in Europe is facing its biggest challenge since the founding of the European Project.

However, this increase has much to do with an anti-establishment mood amongst the electorate, a desire to send a message to established political parties.

Even the so-called “Green wave,” of this year’s elections can be understood as leftward voters casting their ballots for populist Green parties rather than established center-left political parties.

The ramifications of the elections on an EU level are already being felt as German Chancellor Angela Merkel, representing the European People’s Party, and Macron, representing the Alliance of Liberals and Democrats for Europe, have clashed over the makeup of the next European Commission as well as other EU roles, including European Council president.

European parliamentary elections should also be viewed through the prism of national politics, with voters casting their ballots in direct response to domestic political considerations. It is here, on a nation-state level, where the aftershocks of the recent elections are likely to be most acute.

One example is the United Kingdom, which voted in June 2016 to leave the European Union. Farage’s newly established Brexit Party won 32% of the vote, its 29 seats making it the biggest single party in the European Parliament.

The Conservatives had their worst showing ever in a national election, coming in fifth place, winning less than 10% of the vote, and taking only four seats.

The stunning success of the Brexit Party will likely ensure that the new leader of the Conservative Party is someone who backs a “no deal” option if the EU is unwilling to renegotiate the existing EU withdrawal agreement.

In Germany, the collapse in support for the center-left Social Democratic Union, which fell from 27% to 15.5%, calls into question the stability of the coalition government.

In Italy, the success of Lega Nord, with nearly 35% of the vote, eclipses support for the Five Star Movement—its senior partner in Italy’s coalition government—which won 17% of the vote. This may prompt an early general election.

Normally a rather sleepy affair, this year’s European parliamentary elections have shaken up politics in Brussels as well as national capitals across Europe.

Large numbers of voters have shifted support from traditional centrist political parties to populist, nationalist forces on both the left and right, which promise change and responsiveness to the public.

In addition to affecting the future trajectory of the EU, the results are likely to have an important impact on politics in many countries. The reverberations of the elections are only beginning.