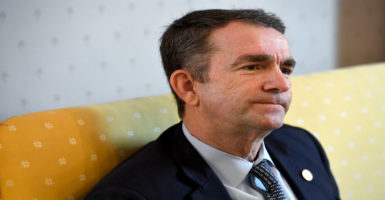 EVMS hired the law firm McGuireWoods to conduct the investigation. The McGuireWoods investigation ended inconclusively, and attorneys blamed the passage of time and lack of documented evidence for the vague results.

“We could not conclusively determine the origin of that photograph,” an attorney at McGuireWoods said at a press conference Wednesday.

The law firm could neither find evidence that the photo was placed on Northam’s yearbook page in error nor that Northam had requested the photo. Northam has made his own contradicting statements on the matter, the attorney said.

Northam’s yearbook page surfaced online on Feb. 1. The page included a photo of two costumed people standing side-by-side, one in blackface and the other in a KKK cloak. The photo prompted an apology from the Virginia governor the same day:

I am deeply sorry for the decision I made to appear as I did in this photo and for the hurt that decision caused then and now. This behavior is not in keeping with who I am today and the values I have fought for throughout my career in the military, in medicine, and in public service. But I want to be clear, I understand how this decision shakes Virginians’ faith in that commitment.

Northam backtracked on his apology on Feb. 2, saying he was neither of the people in the photo, though he did admit to wearing blackface in a separate instance as part of a Michael Jackson costume.

Northam’s office did not immediately respond to a request for comment.