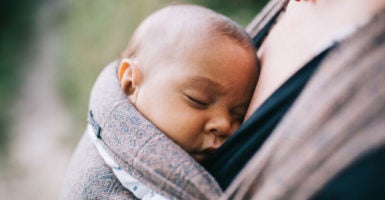 An Arizona congressman plans to introduce a bill Wednesday that would end a tax deduction for abortions.

“For years, the pro-abortion movement has marketed abortion as a form of reproductive health care,” Rep. Andy Biggs, R-Ariz., said in a statement provided to The Daily Signal.

“But it’s time for us to be honest with ourselves – health care is primarily a restorative function, one that helps our bodies heal from a disease or ailment. Under no circumstances should health care include the intentional taking of a life. The ‘Abortion Is Not Health Care Act’ is a small step towards ending the federal government’s treatment of abortion as a ‘healing medical practice,’” he added.

“One of the fundamental duties of the federal government is to protect the life of all citizens, beginning at conception. Despite our concerted efforts, federal funding for abortion continues to be available through various funding streams, including the federal tax code,” Biggs says in a “Dear Colleague” letter exclusively obtained by The Daily Signal.

Such a letter is official correspondence from a member of the House or Senate that is circulated to other congressional offices.

“With hundreds of thousands of legal abortions performed every year in the United States, there is no reason that the federal government should continue to incentivize ending a life as a healthy form of reproductive care,” Biggs adds in the letter.

The legislation has been endorsed by the United States Conference of Catholic Bishops, the March for Life, Heritage Action for America, Concerned Women for America, Eagle Forum, and the Center for Arizona Policy.