3 of the Most Telling Failures of Socialism 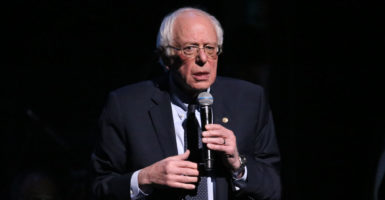 Some conservatives may be discouraged by the latest surveys confirming that nearly one-half of millennials are receptive to living under socialism and regard capitalism as a captive of greed. In fact, they present us with a golden opportunity to educate all Americans about the manifold failures of socialism and the miraculous advances the world has made under free enterprise.

For example, the Canadian psychologist Jordan Peterson revealed at a Heritage Foundation event that between 2000 and 2012, “the rate of absolute poverty in the world fell by 50%.” That is, “the poor in the world are getting rich at a rate that is absolutely unparalleled in all of human history.”

Heritage’s 2019 Index of Economic Freedom reported that the greatest advances came in African and Asian countries (such as Botswana and Taiwan) that limited rather than expanded the role of government. More than 100 countries, many of them with less developed or emerging economies, showed marked advances in economic growth and individual prosperity.

Such good news is seldom reported by the mainstream media, Peterson said, because of the technological revolution that’s occurring in every form of media. All the broadcast networks, leading newspapers, and magazines exist in a shrinking market with dwindling margins of profit. To attract attention they are turning to an old journalism axiom: “If it bleeds, it leads.”

The news media obsess over the latest school shooting and bloody street riot. And yet, Peterson pointed out, the rates of violent crime in the United States and in most places “have plummeted in the last 50 years.”

The U.S. is now safer than it has been since the early 1960s, but the reporting of violent crime in America has materially increased as the mainstream media, in pursuit of ratings and revenue, have highlighted the dark side of society.

Conservatives must step forward to tell the truth about capitalism: the better life it has brought to billions of people, the diversity and freedom of choice it celebrates, the individual responsibility it encourages, the continuing miracle of Adam Smith’s “invisible hand,” its rejection of government planning that always leads to dictatorship.

Which brings us to the urgent task of exposing the chimera that socialism is just another political system. Sen. Bernie Sanders, Rep. Alexandria Ocasio-Cortez, and their fellow socialists carefully omit any mention of the principles laid down by Karl Marx, the founding father of Socialism, such as the abolition of private property and the centralization of the means of production and of decision-making. But make no mistake: There are radical socialists waiting in the wings to promote these extreme initiatives.

It’s up to us to tell the truth. Socialists promise a classless society but create the prison camps of the Gulag and the Isle of Pines. They assure peace but engage in wars of national liberation. They abolish private property but depend upon the underground economy. They stamp out religion but worship Big Brother. They bring down corrupt dictators but institute a dictatorship of the Party.

Here are some of the most telling failures of socialism:

One, socialism has never succeeded anywhere, including the Marxism-Leninism of the Soviet Union, the National Socialism of Nazi Germany, the Maoism of Communist China, the Chavez-Maduro socialism of Venezuela. It has never come close to anywhere near Marx’s ideal of a classless society.

Two, Marx has been wrong about nearly everything he predicted. The nation-state has not withered away. Capitalism didn’t break down as a result of the Industrial Revolution. Workers haven’t become revolutionaries but capitalists. The middle class hasn’t disappeared; indeed, it has expanded exponentially around the world (see the above about the sharp decline in global poverty). Marx’s attempt to use Hegel to create a “scientific socialism” has been an abject failure.

Three, socialism denies the existence of an essential human trait—human nature. Marx borrowed from the Enlightenment to declare that human nature was malleable, not constant. Christian theology with its idea of a fixed God-given nature infuriated Marx.

The socialist state established by Lenin tried for seven decades to create an entirely new human being—Soviet Man. In December 1991, Mikhail Gorbachev gave up trying and dissolved the world’s most spectacular failure in human engineering.

Four, socialism depends not upon the will of the people but on the dictatorship of the Party to remain in power. In “The God That Failed,” six famous Western intellectuals describe their journey into socialism and their exit when they encountered the gigantic gap between their vision of a socialist utopia and the totalitarian reality of the socialist state.

After visiting the Soviet Union, the French Nobel Laureate writer Andre Gide said: “I doubt where in any country in the world—not even in Hitler’s Germany—have the mind and spirit ever been less free, more bent, more terrorized and indeed vassalized than in the Soviet Union.”

What price socialism? The Chinese philosopher Lin Yutang listed the “little terrors” that prevailed in China—making children of 12 subject to capital punishment, sending women to work in underground coal mines, harassing workers during their lunchtime with threats of prison if they were late returning to work. A Soviet defector said of the perpetual surveillance: “We lived in a world swarming with invisible eyes and ears.”

Given the ignorance of so many of our fellow, especially young, Americans, telling the truth about socialism has become an imperative. If we do not, Sanders, Ocasio-Cortez, and their fellow travelers will fill the vacuum with their misleading rhetoric. This is the truth about socialism: It is a pseudo-religion founded in pseudo-science and enforced by political tyranny.