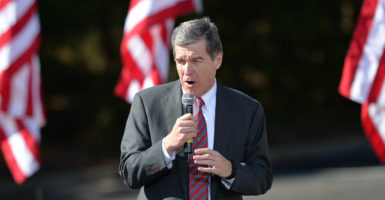 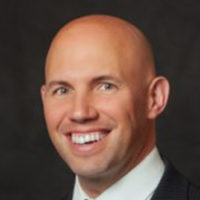 Joseph Coletti is senior fellow at the John Locke Foundation. 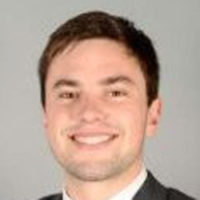 Jordan Roberts is the health care policy analyst for the John Locke Foundation.

Former Vice President Joe Biden was right when he called it a $40 billion scam.

That’s how Biden once characterized Medicaid provider taxes. States impose these taxes on hospitals or other providers to recover a portion of state Medicaid costs while still drawing down more federal payments.

Democratic Gov. Roy Cooper of North Carolina and state legislators from both parties hope to use this scam to expand Medicaid in their state.

In his Feb. 25 State of the State address, Cooper reiterated his goal to add half a million North Carolinians to the Medicaid rolls. Most of the newly eligible population are able-bodied, childless adults. The program already covers the elderly, the disabled, children, and new mothers in order to fulfill its mission to provide support for the most vulnerable segment of the population.

Supporters argue that expanding Medicaid is virtually “free” to the state, since the federal government pays 90 percent and the provider tax would cover the remainder. This was Cooper’s proposal each of the past two years and is how a Republican-sponsored alternative, “Carolina Cares,” would have been financed.

Strangely, providers have been eager to support the tax and thus incorporate new costs into the state budget. The reason is simple: It would be a windfall for them. As the Council of State Governments explained: “Most, but not all, providers will receive more in increased Medicaid payments than they paid in taxes, depending upon the amount of Medicaid services provided.”

Compared to the 66 percent federal match for traditional Medicaid, the more generous 90 percent match for expansion would net providers many times more in Medicaid payments than they pay in taxes.

The governor’s spokesperson, Jamal Little, put it bluntly: “Hospitals and other health care providers are for Medicaid expansion because it increases their bottom line and helps get more patients insured.”

This sleight of hand must end, and North Carolina should be the state to shine the light that ends it.

In 2014, the Government Accountability Office documented how Illinois used provider taxes on nursing homes to “save” $5 million in state funds while increasing net payments after the tax by $105 million annually. Illinois is an extreme case, yet even when applying lower federal matching rates for general Medicaid recipients, the result is the same.

No wonder at least eight of the 33 states that have expanded Medicaid under the Affordable Care Act have used provider taxes to help finance that expansion.

Congress and regulators have repeatedly limited the use and abuse of provider taxes since 1991, but to little effect. The potential savings to taxpayers is significant. The Congressional Budget Office estimated that simply capping the state-imposed provider taxes would save $4.6 billion in federal expenditures over 10 years. In 2010, the Simpson-Bowles Commission estimated ending what it called “state gaming of a Medicaid tax gimmick” would have saved the federal government $44 billion between 2012 and 2020.

Medicaid was designed to give states a stake in the program’s cost. As Teresa Coughlin and Stephen Zuckerman of the Urban Institute wrote in 2002, the provider tax “is contrary to a basic tenet of Medicaid, [that] federal government and states or localities share the financial burden.”

Cooper’s brazen willingness to violate this tenet makes clear that the Center on Budget and Policy Priorities was premature in 2016 when it declared, “Federal laws enacted in 1991 and in 2006, along with tougher federal regulations, have reined in manipulative state practices.”

It will be tough to find the votes to end this practice because it is widely used by states and widely accepted by powerful health care providers. But just as Congress eventually limited the deductibility of state and local income taxes, it should end the use of provider taxes to finance Medicaid expansion.

Then, North Carolina can turn to health care reforms that actually increase the availability of health care, lower costs, and offer a hand up to hardworking North Carolinians.

Note: This article does not necessarily express the position of the John Locke Foundation.